Adventure motorcycling is in full bloom in India and it’s the premium space where this kind of machines are being lapped up in plenty. Honda’s Africa Twin is the company’s flagship offering in that space and offers a lot of novelty for being the only bike in its segment to be offered with an automatic gearbox. In order to impart the basics of motorcycling and off-roading and to fully exploit the bike’s potential in a controlled atmosphere, under the guidance of professionals, Honda Motorcycle & Scooter India Pvt. Ltd. commenced its nationwide initiative – ‘Africa Twin True Adventure Camp’. In the first leg (Delhi NCR), the camp witnessed a participation of 20 riders who gathered at the campsite close to the Damdama Lake. The riders were trained on by Mr Vijay Parmar, President of Himalayan Motorsports Association along with his team of subject experts in a fun and interactive way. 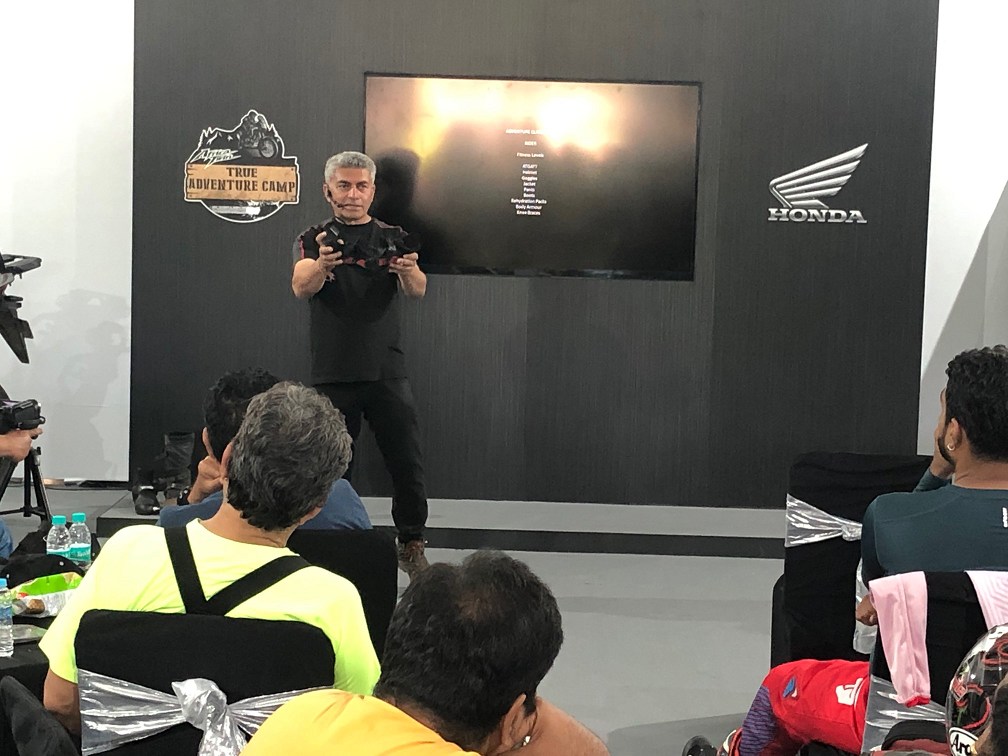 The adventure camp activity will be further expanded to other cities in a phase-wise manner and will mark its way to Mumbai, Bangalore and Kochi. The Camp is a combination of both theoretical and practical sessions wherein the riders brush up their basics and learn more about the advanced features of Dual Clutch Transmission (DCT), different modes of riding for different terrains and other off-road capacities of the Africa Twin motorcycle. Boosting rider confidence, special sessions were also given to expose participants to other factors like humps, underground turns, gravel, pits and dirt tracks. 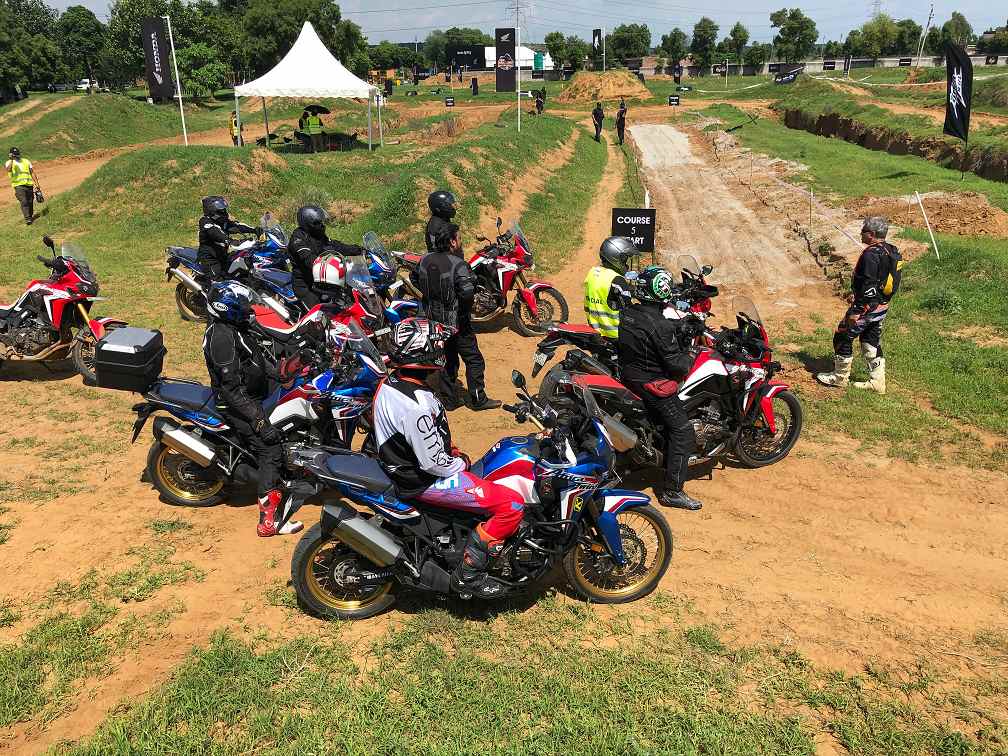 While a new 2020 Africa Twin is on its way, the 2019 model was introduced in India a few months back. Available in a new shade of Glint Wave Blue Metallic with a golden handlebar and wheel rims. The 2019 Africa Twin has been priced at Rs. 13.5 lacs (Ex-showroom, pan India). The 2019 version of the Africa Twin is only available with the DCT automatic gearbox which is engineered for off-roading and also comes with a G switch which accelerates aggressive gear shifting while riding through sweeping dirt, gravel corners and even during lofting the front wheel over any obstacle. It detects whether the motorcycle is going up or down a slope and accordingly, the system’s ECU makes appropriate gear selection. 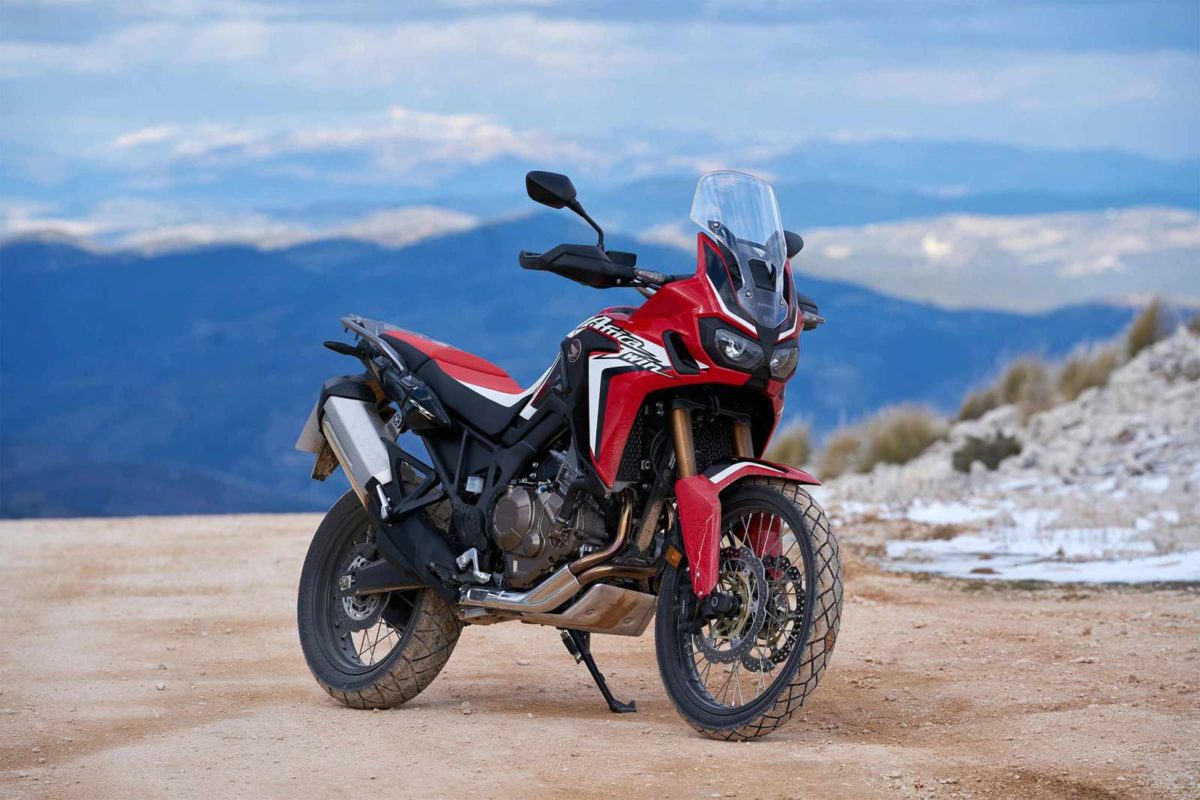 Powering the motorcycle is a parallel twin 999.11cc engine which is rated for a max output of 87.7 Bhp@7500rpm and 93.1Nm of torque@6000rpm. The 2019 Africa Twin’s rider can select from 3 levels of Power and Engine Braking pre-set combinations. Additionally, the Throttle by wire (TBW) system is paired with 4 riding modes – Tour, Urban, Gravel and User. The bike also gets Honda Selectable Torque Control (HSTC) which offers seven settings for a wide range of conditions, from pavement to fast, loose roads to challenging singletrack. You can also turn it off. The Africa Twin’s Anti-lock Brake System (ABS) comes standard, although it can be switched off for the rear wheel.