Recently, Honda released a new teaser hinting towards the launch of a new version of the Africa Twin. The teaser video was released on Honda 2-Wheelers’ European Youtube channel and it doesn’t show any bike in the frame, however, at the end of the video a text comes up saying “True Adventure”, which is written in the same font as the Honda Africa Twin. So, now the question is, whether Honda will be introducing a new updated 2020 version of the Africa Twin, or will they be launching a new engine variant for the bike? Have a look at the teaser here:

Talking about the current version, the Honda Africa Twin which is available in India gets a parallel twin 999.11cc engine which is rated for a max output of 87.7 Bhp at 7500rpm and 93.1Nm of torque at 6000rpm. The rider can select from 3 levels of Power and Engine Braking pre-set combinations. Additionally, the Throttle by wire (TBW) system is paired with 4 riding modes – Tour, Urban, Gravel and User. The bike also gets Honda Selectable Torque Control (HSTC) which offers seven settings for a wide range of conditions, from pavement to fast, loose roads to challenging singletrack, which can also be turned off. The bike also gets Anti-lock Brake System (ABS) as standard, although it can be switched off for the rear wheel. 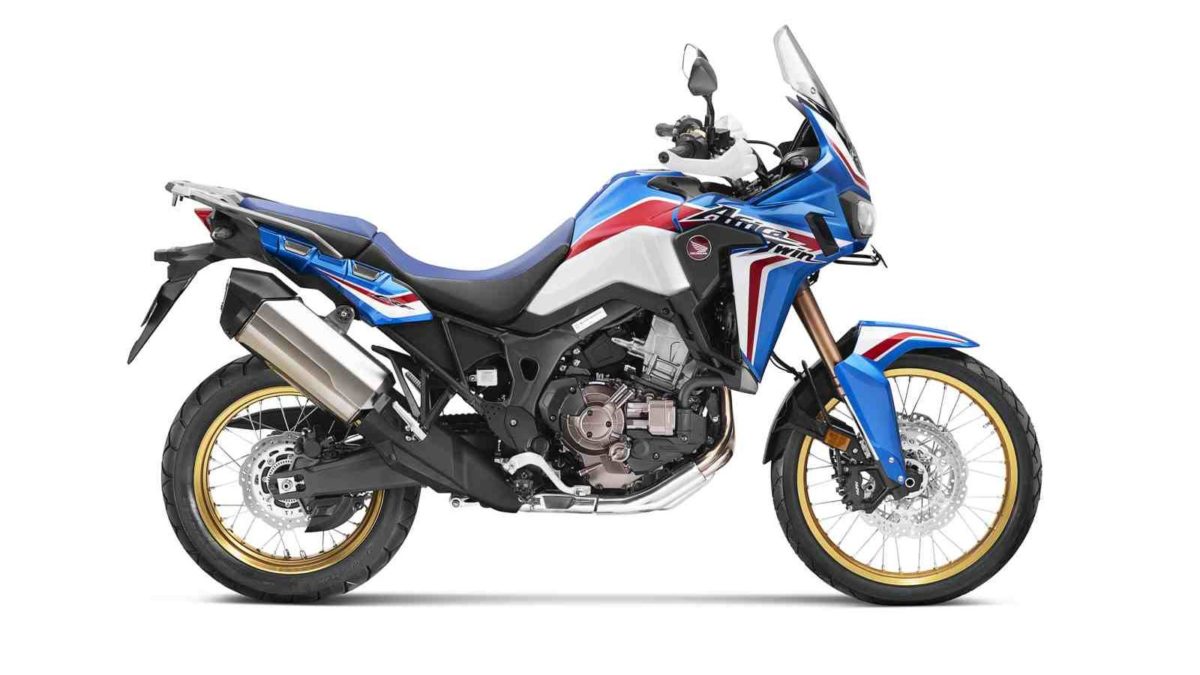 Talking about the chassis, the suspension duties are handled by Showa’s cartridge-type inverted front fork, pre-load adjuster on both wheels and the option of adjusting the suspension to a softer or stiffer setting. The adjustable seat height easily accommodates a wide range of riders and efforts were made to enhance Mass centralization by placing components, like the battery, as close to the motorcycle’s centre of gravity as possible. The unique chassis design also provides a wide 43-degree steering angle and a tight 2.5-metre turning radius. The instrument console gets a rally-style LCD which takes inspiration from Honda’s Dakar winning machines, while the negative LCD instrument display includes information such as riding modes, speedometer, tachometer, fuel, gear position, HSTC, odometer, trip meter, clock and an ABS Indicator.