Home Features HM Ambassador: Has the era really come to an end?

It’s a cab, it’s a bureaucrat car – it’s an Ambassador. The iconic car, which met the tarmac for the first time in 1958, witnessed many years of ups and downs. However, little has changed in terms of looks of the car. Based on the design of British-made Morris Oxford, the Ambassador, also known as Amby, was a fairly simple looking car. The front black grill made the car look like a serious man, with a mustache, who was appointed to do serious work. And so did it.The Ambassador served senior diplomats and government ministers of the country for a very long time before the modern and more efficient cars took over. Ambassador was also quite famous as a taxi. Still, it lost a major chunk of its market to the cheaper Fiat Premier Padmini. 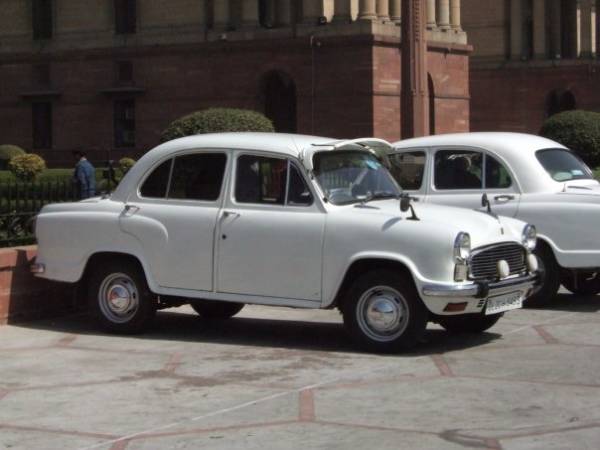 The Ambassador has achieved many feats in its life. In a shootout against taxi’s from around the world at BBC’s motoring show, Top Gear, India’s Ambassador stood out and won the competition. It has also been the mass-produced car for the longest number of years, with minimal design changes, on the same assembly line.

Yet, uncertainty hovers over the sheer existence of the Ambassador as the company shuts down its production line at Uttarpara in West Bengal. Once a market dominant car, which sold about 24,000 units during the 1980’s, reported a miniscule sales number of 2,214 last year. High debts and slowdown in sales forced Hindustan Motors to shut down the production in West Bengal in May, 2014. The plans of the launch of a sub-four meter variant also diminished with the shut down in effect.

No official confirmation on the discontinuation of the model has been made. However, with damping sales and rising debt, the future of the Ambassador remains in the dark. unless the brand eveolves into something more chic, happening and today, somewhat on the lines of the MINI, it would really be difficult for this once iconic car model to come back to life.