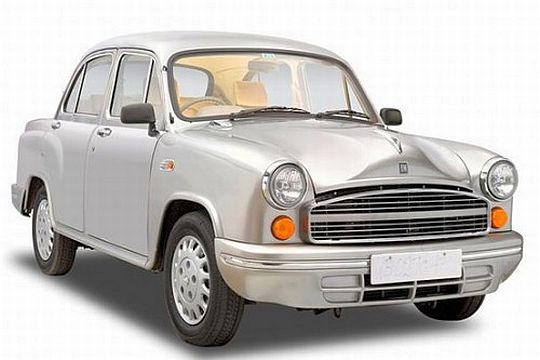 It has by now become a well known fact that Indian auto maker Hindustan Motors plans to come up with a sub 4 meter variant of the Ambassador sedan. It is being said that the car would be simply called as the Ambassador Compact Sedan and very much like most other sub 4 metre sedans, would benefit from lower excise duties.

The Ambassador Compact Sedan could be cheaper than the full length variant by as much as INR 70000 and hence, the starting price of the car could fall between INR 4 to 5 lakhs. It has now emerged that the Amby CS will go on sale later this year, few months before the next gen Amby arrives. It is being said that the main reason for the car taking so much time in coming to us is the development of the BS4 emissions norms compliant 1.5 Liter diesel engine.

The Ambassador Compact Sedan is primarily aimed at the taxi segment as it would offer a good value for money proposition. The Ambassador CS will continue to offer great back seat comfort that the current model is known for and might also come up with a new dashboard layout and features. What the car won’t be able to boast of is the colossal boot space that the Amby offers.

Powering the HM Ambassador Compact Sedan will be a newly developed 1.5 Litre turbo diesel engine. The revamped motor will be BS4 compliant and will enable the upcoming car to go on sale in all the cities.