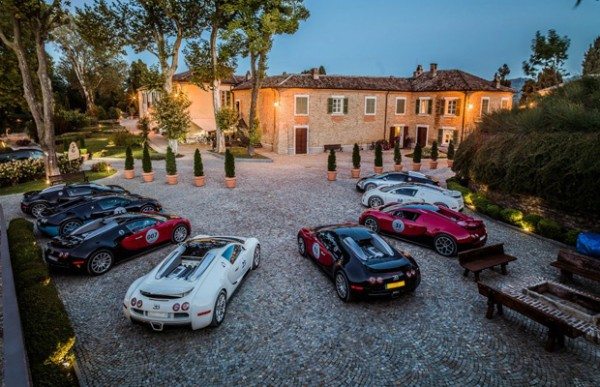 There are very few occasions in life where one gets to view a couple of Bugatti Veyrons in real life, let alone eleven. Unless you live in Molsheim, France, or are one the Arab sheikhs. One such occasion took place recently at the Bugatti Grand Tour 2014, which started its journey in Munich. The convoy, which included some very rare special editions as well as a Pur Sang, will make its way to Italy in the first leg of the tour, before heading to Bugatti’s factory in Molsheim.

YouTuber shmee150 was on hand to capture the Veyrons as the convoy snaked its way out of Munich. Despite being a decade old, the Veyron still stands unrivalled in the hypercar world, both for its prodigious speed as well as its million-dollar price tag. The sight of just one is enough to draw appreciation from even the most indifferent onlooker, so imagine the reaction eleven of them together would elicit from the car-conscious German public. Or, better still, watch the video.

And we thought Veyron owners would be too busy running billion-dollar enterprises to be participating in such rallies!