While riding a two-wheeler, you always have the risk of falling down. Well, you may be a safe rider, you may not be riding rashly but then you never know what the road would throw at you. This is why it is always important to wear a helmet and appropriate gear before heading out. This video which can be seen on YouTube channel Srijeet16 reminds us how important it is to be geared up when on a ride. Look at this video and see how well the gear works to protect the rider from any major injury after being hit by another bike at well over 100 kmph! 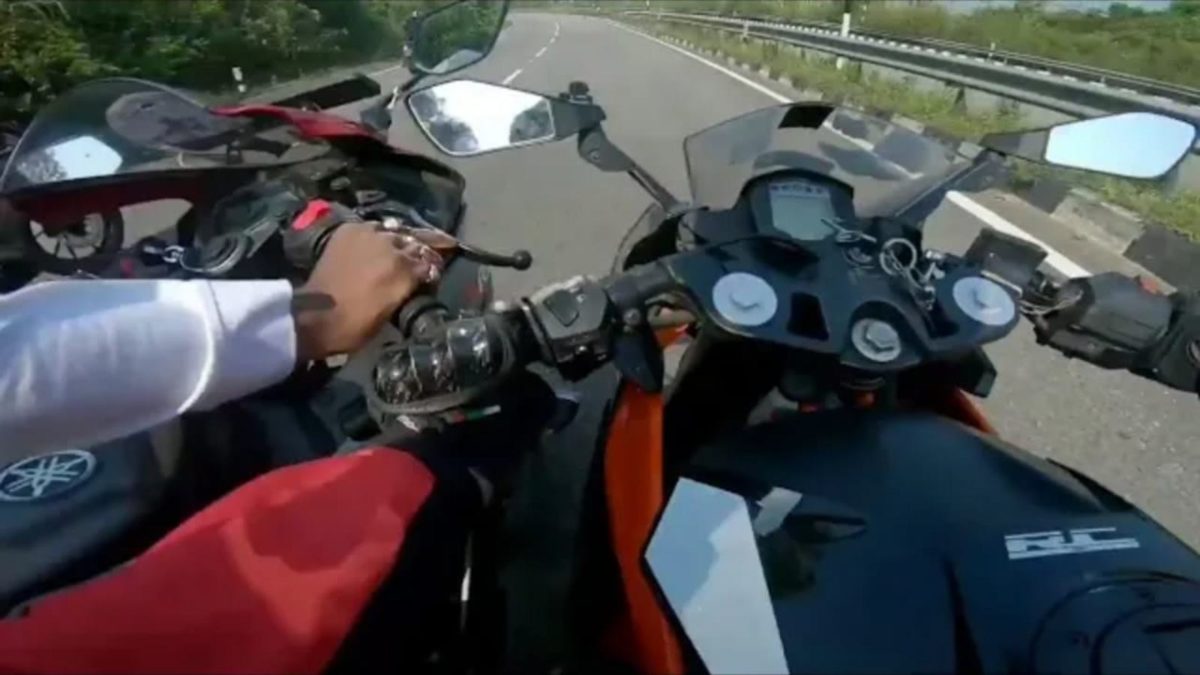 The video starts off with the rider of the RC 390 asking his friends to move ahead so that he can take a video of all of them. His friends oblige by moving further ahead and creating a gap huge enough. With no other traffic on the road, the rider of the RC390 zips ahead, from the right side of the road. We see him gradually accelerate till 70 kmph beyond which he ducks down to protect himself from wind blast. Moving just a few metres ahead, a rider on the R15 ahead, changes direction and directly comes on the line of the RC390. The two crash and fall off their respective motorcycles. 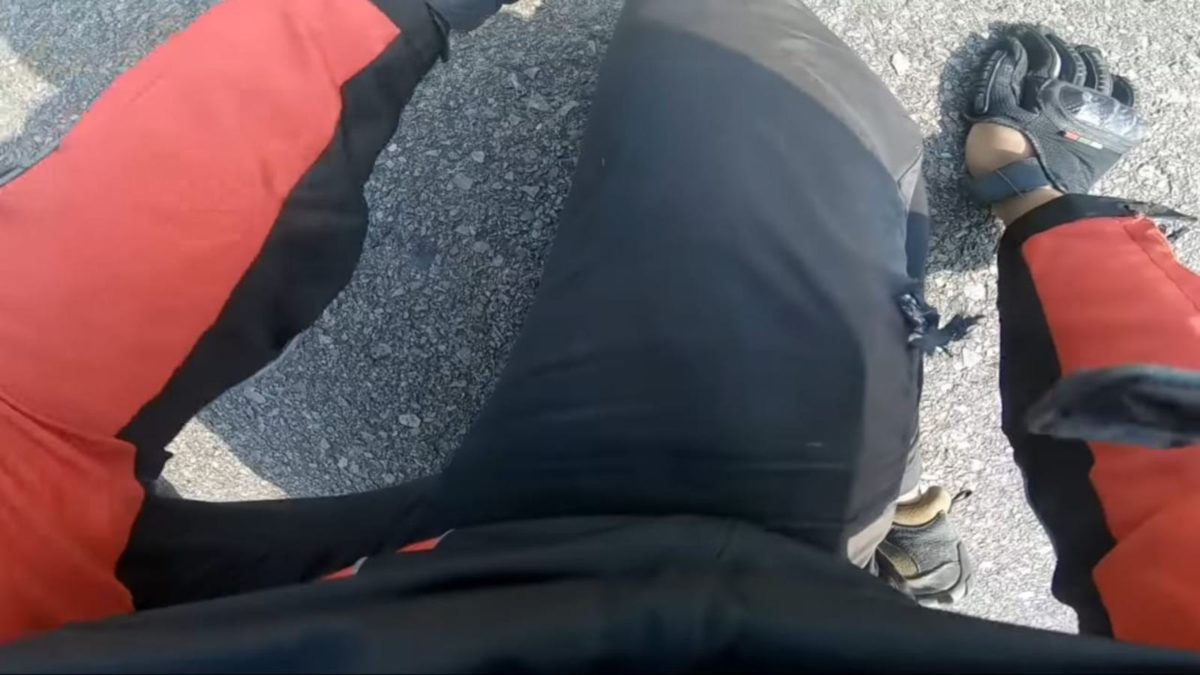 Notice how the pant has worn but not the jacket.

Also Read: This Monsoon Enjoy A Clear Windscreen With This Quick Hack

Now a 100+ kmph crash does sound scary but fortunately, the rider of the RC was wearing a helmet, jacket and riding gloves. One can notice how his pants have worn out and torn down at some sections, due to the friction between the road and cloth. However, the jacket prevents that from happening, protecting the upper half of his body. Moreover, the riding gloves prevent his palm from blistering and finally, the helmet protected his head as he slid down the highway. Another thing worth noting is the fact that unlike many road accident videos we see on YouTube, this one did not end with an argument. The riders remained calm throughout the whole incident and not threaten or abuse each other. The fact that both the riders knew each other could have played a role in that but then too, it is nice to have a rage free ending to such an incident.