Hero MotoCorp has officially announced the country-wide sales of the new Xtreme 200R would commence soon, with dispatches from its factories starting next week (article published on – August 13, 2018). Meanwhile, folks at GaadiWaadi got their hands on the photographs of another Hero MotoCorp product, the Duet 125. However, it has been re-branded. The recent sighting of Hero MotoCorp’s upcoming new 125cc scooter revealed that the product would be called Destini 125. 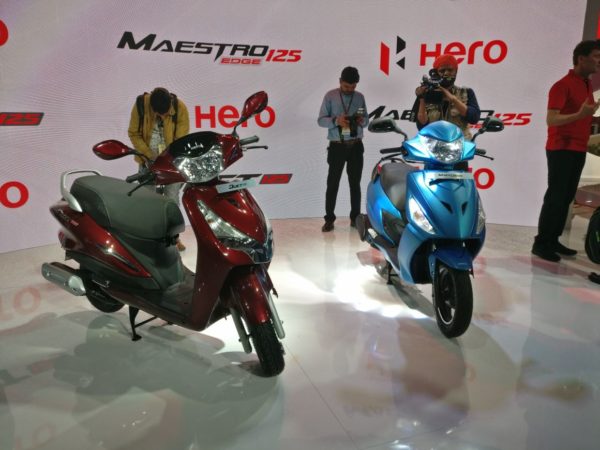 The scooter, as seen in the spy photographs, will sport a single-tone paint with highlights of chrome on the front apron, and on the side panels. The front apron also dons the i3s logo on the sides. A chrome finished Destini 125 logo is clearly visible on the side panel, just below the pillion grab-rail. The scooter also comes with body-coloured rear-view mirrors. 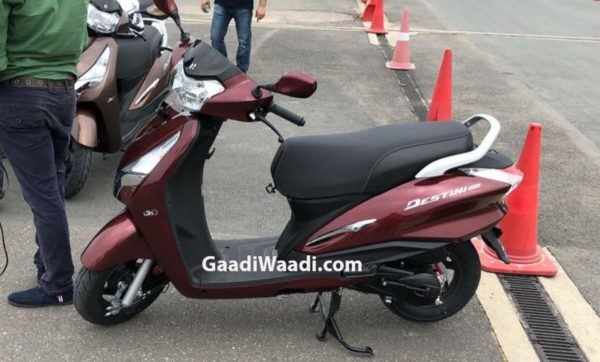 Apart from the brand name, nothing much has changed and you can check out the scooter in a detailed walkaround video from Auto Expo 2018:

The Destini 125 will share ite 124.6cc single-cylinder engine with the Maestro Edge 125. The engine will be tuned to produce 8.7 bhp of power at 6,750 rpm and 10.2 Nm of peak torque at 5,000 rpm. Hero MotoCorp’s proprietary i3S idle start/stop technology should deliver better fuel economy numbers. The scooter was seen with alloy wheels, but with a drum brake upfront. However, a disc brake variant should be available at launch. 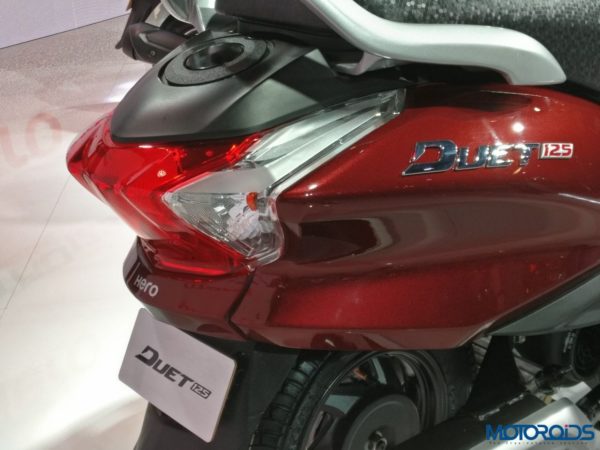 The scooter should arrive in the dealerships ahead of the upcoming festive season and we expect to hear an official announcement from Hero MotoCorp very soon.