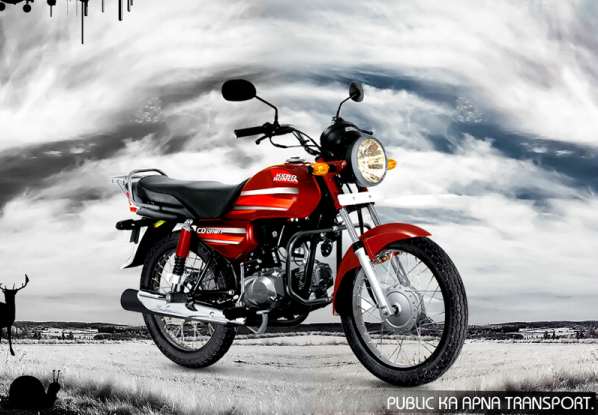 The new bike will be placed below the Hero Honda CD Dawn, which is currently the lowest priced motorcycle offering from the company

After its split with Honda, both direction and duration of the product development cycles have apparently changed drastically at Hero. The company is looking aggressively at developing new products, and celebrating its newfound freedom by putting an array of new ideas into production pipeline. The most significant idea of the lot, as echoed by a variety of reports on the internet, is a 100cc motorcycle, which will redefine value for money for customers in the entry-level motorcycle segment.

Currently Hero Honda has its CD–Deluxe and CD Dawn motorcycle to serve to the ascetics, but the company is planning in full force to develop a product which undercuts even these two bikes by a substantial margin. A low-cost bike has always been in the company’s wish list. However, till now the product development curve was pretty much dictated by its Japanese counterpart. Such decisions were channeled through various layers in the company hierarchy, costing time, sometimes without even fructifying.

Fresh out of the clutches of its Japanese counterpart, Hero is once again thinking anew about the development of the new bike. Vendors are being consulted on the feasibility of a ‘fully indigenous’ product to cut costs. New challenges are being thrown at the vendors and the idea of developing an ‘entirely new’ or a ‘Splendor-derived’ platform is being deliberated.
The new bike, as common sense would suggest, would be focused primarily towards the rural market. It would be a bare basic machine, but ‘without any compromises on durability or performance’, according to Mr. Munjal.

While it’s really heartening to see Hero Honda finally putting on a thinking cap and jumping big time into product development, we would look at this whole episode with some caution. Companies like Honda are successful because they allocate enough time and resources to new products. They make sure that no corners are cut while researching the market to ascertain the need for a specific product, that it’s designed well and finally that it’s engineered and produced to perfection. A hasty effort to put together something unique may eventually lead to a bad product, which would bring bad name to Hero, and would hint at their inability to go it alone. In no way are we undermining the enormous resources and know-how of the Indian two-wheeler giant, but we sincerely hope that the company gives the new product its due time and inputs.

A 100cc cheaponomic commuter from Hero – does the idea look promising to you? Reports suggest that the product may be ready as early as the first quarter of 2012. If that happens, what do you think should be the ideal price for such a product? What should be its key features? And most importantly, do you think such a product has the potential to meet the kind of success Hero expects it to? Do let us know through your comments!