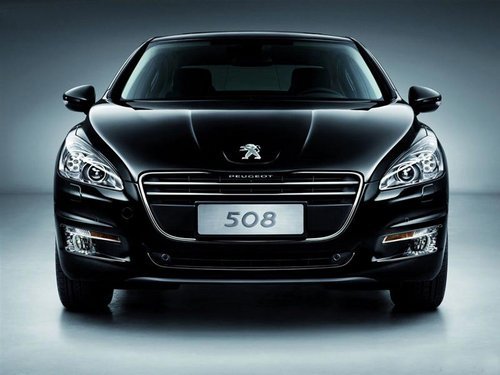 Back in February 2011, we told you that French carmaker Peugeot is hunting for land in Andhra Pradesh and Tamil Nadu to set up a plant in the country, and re-enter the land that it deserted after it alliance with Premier didn’t quite work out. This time around though, the company plans to make an impact as it enters by launching a premium D-segmenter straight away.

The car in question here is the Peugeot 508, displayed first at last year’s Paris Motor Show. Peugeot upon revealing the car, also let the world know that there will indeed be two point of production of the car. While the French factory, also, the car’s homeland, would cater to the European market, another plant in China would cater to the developing markets in Asia. While the European version of the car was shown to the public quite a while ago, the pictures of the Chinese version have also surfaced from Shanghai now. There isn’t much difference in the two cars visually though, except for an almost unnoticeable indentation of the boot lip at the rear.

The 508 will be brought to India via the CBU route, at least initially. The car, in all probability will feature both petrol and diesel engines. Here’s a list of engines and transmissions available for the new car globally.

Of these, the 2.2 liter diesel and the 1.6-liter turbo petrol options seem to be the most apt for our conditions, where the car will have to content with some really potent rivals. The chances of more engine options cannot be denied though. In any case, for a not so well known brand like Peugeot, pricing is going to be crucial in the Indian market. In all probability, it will have to undercut cars like the Honda Accord price wise if it has to stand any chance to succeed.

Apart from the 508, rumors of the company launching their upcoming 3009 MUV in India are also doing the rounds. Nothing official has come out in this regard though.