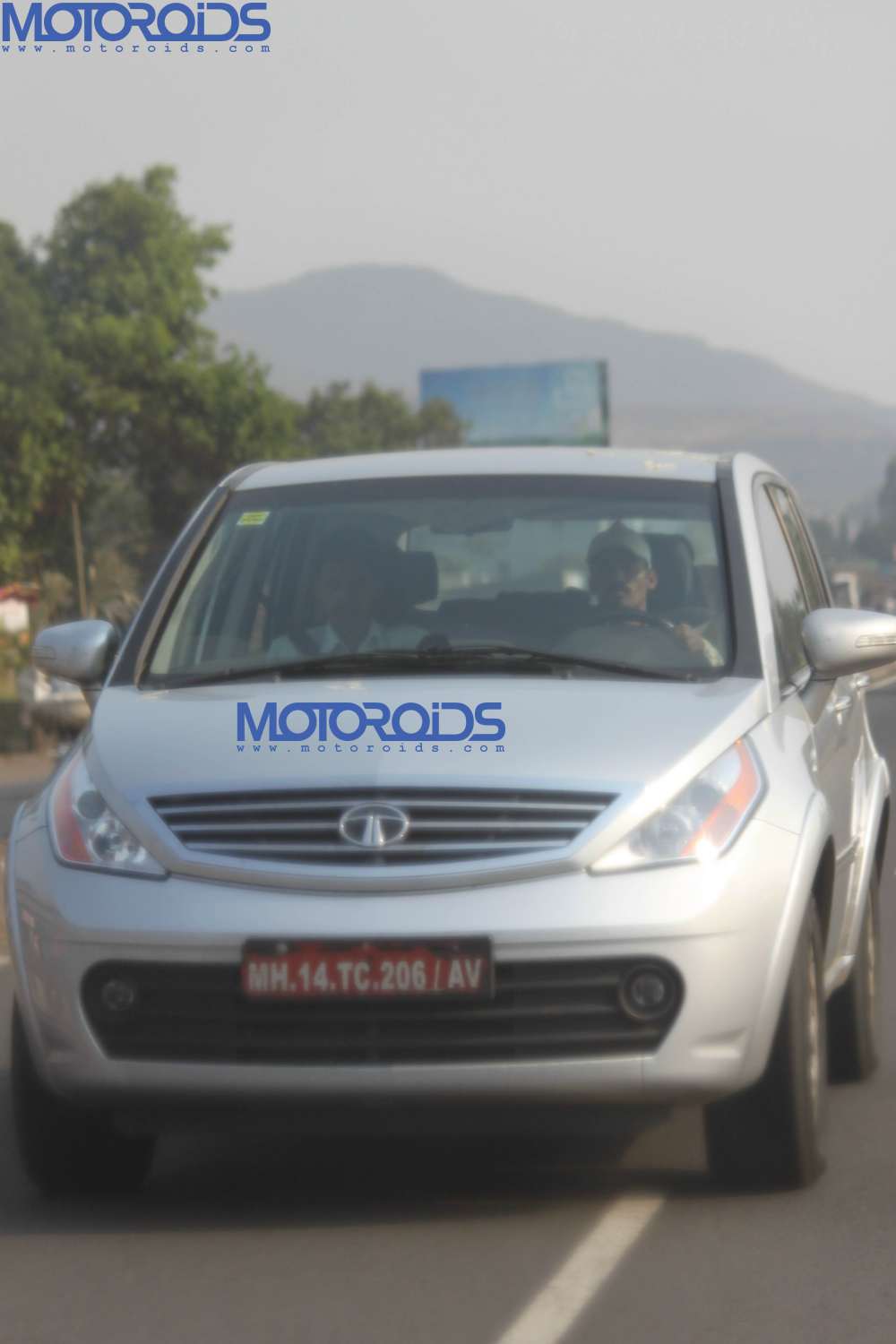 As we told you the last time spotted the Aria LHD, with six months of the Aria’s debut completing, Tata is focusing on exporting the crossover. The LHD variant of the car has been caught testing again around Pune.
Our man in Mumbai, Shashank Ramugade caught the on-test car.Tata Motors plan to sell the Aria crossover in European markets and to SAARC nations, and the intent has been made public one of the company’s senior officials. While the European continent as a destination is confirmed, there is no official info available on the country where the crossover will land first with RHD. Later, the RHD version will be delivered to other countries all across Europe.

The Aria is quite a feature and technology rich vehicle, even for the advanced European market. The 2.2-liter DICOR engine is also quite potent with 140PS and 320Nm, and has a fair degree of chance to meet success in the European markets if Tata Motors manage to price it well.