They say change is the only constant. That said, there are some cars that do not require any, for the simple fact that they serve their purpose very well. The Mahindra Thar is one example of such a car. There is no need for Mahindra to update this SUV and maybe Mahindra would never have done that. Upcoming changes in the emission and safety norms would mean that the outgoing model of the Thar would not be able to pass. Not only does Mahindra have to rework the engine to comply to BS VI emissions, but they also will need to change the body and mechanicals of the car to comply with new safety norms. Maybe that is why we see this new test mule of the Thar, captured in these spy shots sent by our reader and fellow petrolhead Neeraj Bajaj. 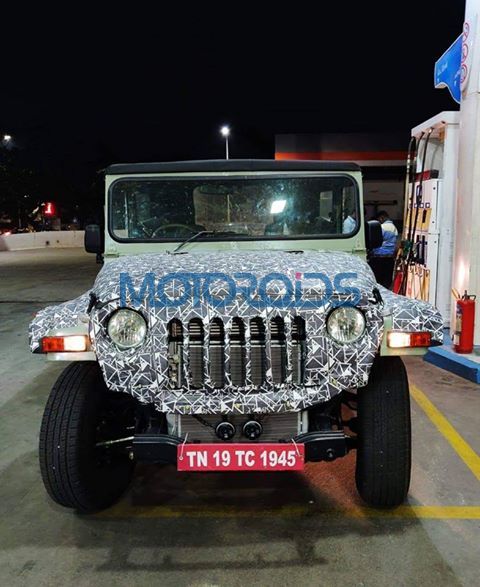 The first thing to grab your attention on the new generation Thar is the massive increase in its dimensions. When seen from the front, the car appears to have received a much wider body. The front end retains the retro-styled round headlamps but the difference can be seen in the fender arches which flair out by quite some margin. The tyre track also appears to be a bit wider than before, giving this SUV some more traction on sticky situations. Talking about sticky situations expect the new Thar to be as good as the outgoing model, if not better, in terms of ability to tackle off-road situations. 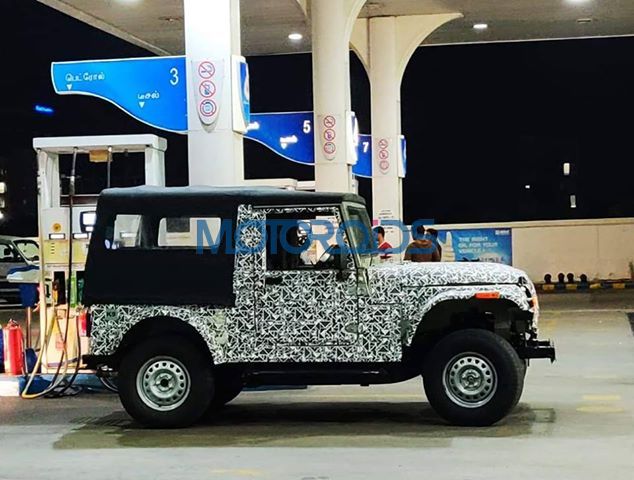 The Thar does not face any direct competitor in the Indian market. Its only competitor Gypsy was recently discontinued because of these upcoming emissions and safety norms. The Mahindra Thar will be shining in this niche segment alone now unless Maruti Suzuki decides to bring the Jimny SUV in the Indian market. For now, let us look at these spy images of the new Thar below.