If you are an avid motorcyclist, you might have read some reports online that Yamaha might think of developing a Tenere 300 if there’s enough demand. And there is enough demand because affordable ADV-tourer segment in emerging markets has been growing gradually with more and more manufacturers developing accessible dual-purpose motorcycles. It might take some time for the Japanese bikemaker to come up with a scaled-down version of the Tenere 700 and it would take even more time for it to come to India.

Some of us belong to the restless lot. Instead of waiting for things to happen, some people make it happen. One such case appears to be this customized Yamaha R3. The owner might must be tired waiting for Yamaha to launch an affordable ADV-tourer in India and in the process, came pretty close to how the Tenere 300 could look like! 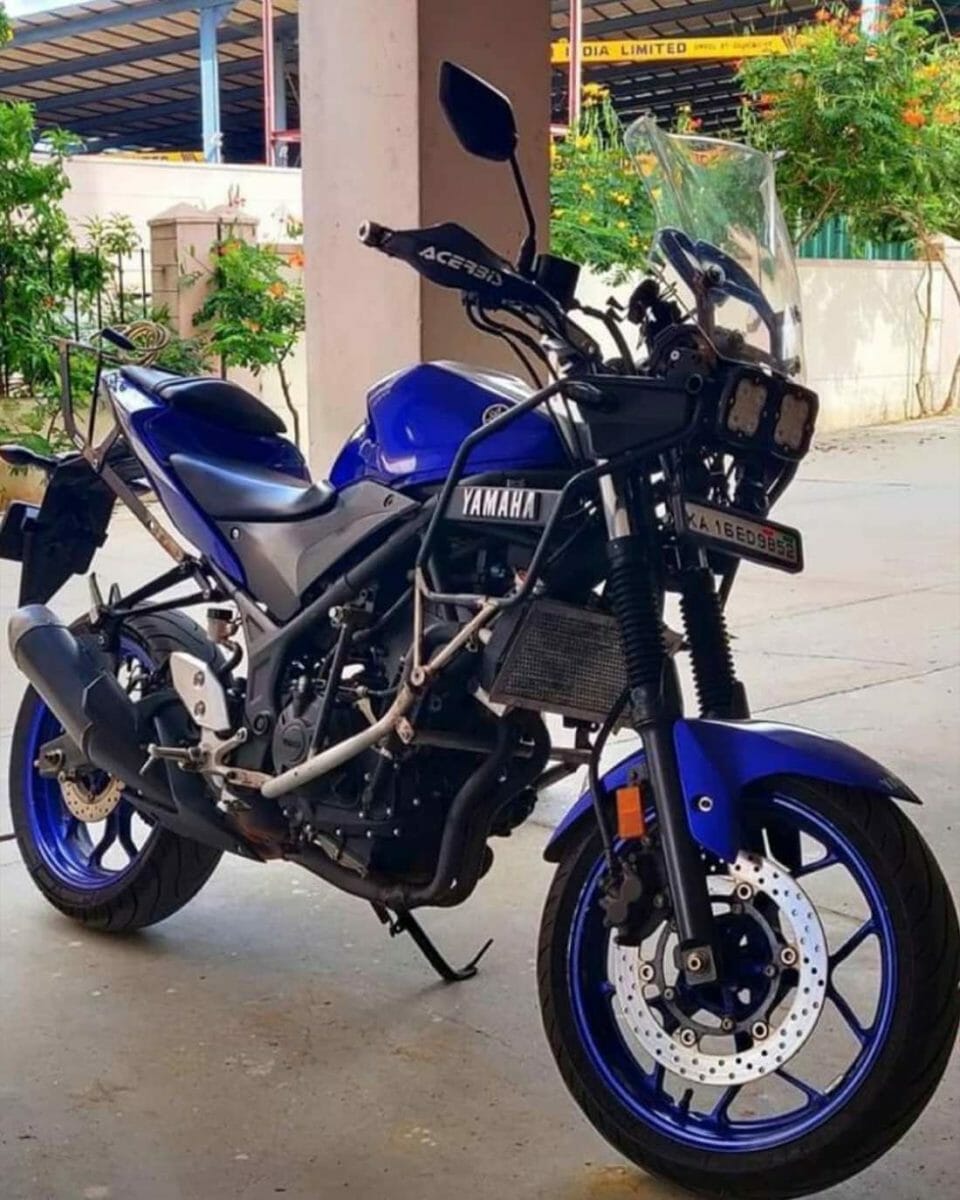 The Yamaha R3 is a faired sports bike and when it used to exist here, it was positioned as a sports tourer. One would think not twice but umpteen times before taking the R3 off the road. Dropping a faired sports bike while negotiating some nasty trails is nightmarish stuff. The R3 is basically meant to deal with the highways and canyons. The efforts which have gone into transforming the R3 into an ADV-tourer are surely laudable. The first striking change is the headlight setup. The front fairing and the stock dual-headlamp setup has made way for more rugged-looking LED headlamps which look inspired from, wait for it, Tenere 700!

The windscreen has been mounted higher up to provide optimum wind protection to the rider. The stock suspension setup of the R3 is tuned to match its characteristics of a sports tourer. One can’t think of ravaging the trails with the same suspension setup because the forks will just bottom out. To address the issue, the owner has utilized longer travel front forks and longer travel monoshock. This has also resulted in a massive increase in ground clearance. Stock Yamaha R3 uses clip-on handlebars but the owner of this R3 has replaced the stock handlebars with raised ones which will prove to be very beneficial in increasing the overall comfort quotient of the motorcycle. 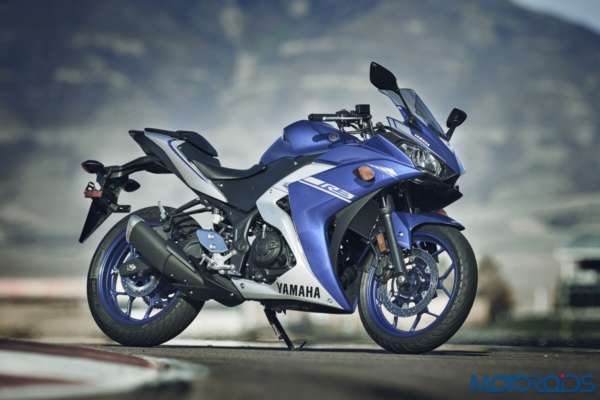 We can’t expect it to decimate the trails completely, like say, a RE Himalayan would do but it will still be better than the stock R3. Other modifications include additional protective bracing for the chassis to bear the impact in case of a fall. The side fairing has been removed too for the same reason. To make it more touring friendly, the owner has also installed a rear luggage rack so one can easily mount a tail bag. There is no word regarding the modifications done on the engine front and it is safe to assume that the twin-cylinder engine is retained in stock form. The Yamaha R3 that we had here was powered by a 321cc liquid-cooled, 4-stroke, in-line 2-cylinder, fuel-injected engine which used to produce 41hp and 30 nm of torque. 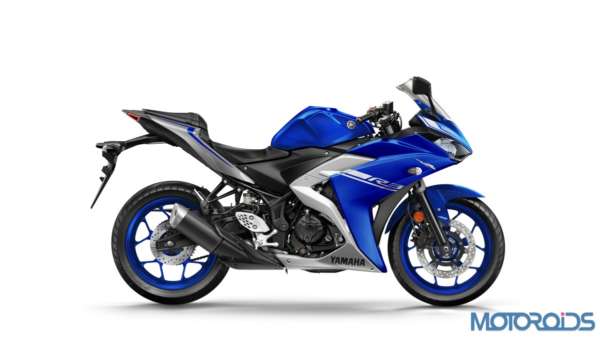 If Yamaha actually makes the Tenere 300 a reality, it will take on the likes of BMW G310GS, RE Himalayan and the KTM Adventure 390. Yamaha’s fan following and the reliability associated with the brand will assist in making it a successful proposition.