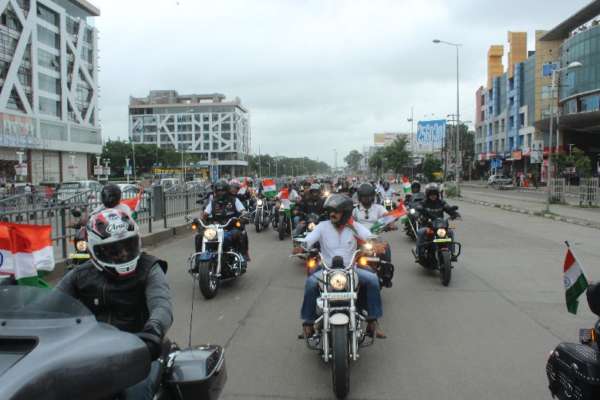 Who can understand freedom better than a biker? So, cruising motorcycle specialist Harley Davidson decided to commemorating the 68th year of Indian Independence on August 15, 2014, by organising rides in different regions, honouring the length and breadth of India’s diversity. Paying tribute to the men who protect the nation, riders from Dunes Chapter (Jaipur) rode together to Khajuwala, a small town situated in the Bikaner district of Rajasthan, 9 km from Indo-Pakistan to celebrate the day with BSF Jawans by being a part of the flag hoisting ceremony at the BSF base unit.

Riders from Himalayan Chapter (Chandigarh) and Capital Chapter (Delhi-NCR) rode to the hills of Himachal Pradesh and exercised safe riding as they navigated through the curves and turns of the scenic motorcycle friendly hill town. The ride was flagged off by Sudhir Sharma, Minister of Housing, Urban Development and Town & Country Planning, Himachal Pradesh. 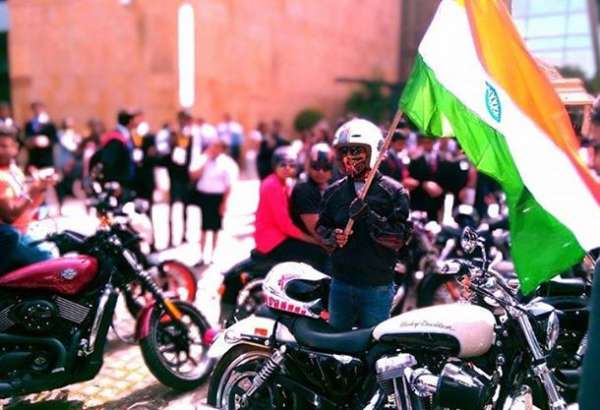 Seven Islands Chapter (Mumbai) rode together and participated in a flag hoisting ceremony along with the children from the NGO-Bandra East Community Center at Cardinal Gracias High School. The riders then rode all the way to Lonavala exploring and soaking up the rich green Western Ghats of the country.

Riders from Coromandel Chapter (Chennai) rode in unison all the way from Chennai to Kanthaloor as they ushered into the 68th year of freedom embracing the true spirit of brotherhood and camaraderie in their hearts. The chapter undertook a ride for charity, for an orphanage at Kanthaloor on August 16, 2014.

What did you do on Independence Day? Share your stories and experiences with us. Stay tuned into Motoroids for all the updates from the world of auto.