Home Lotus It happens only in Dubai: A Lotus Evora for Ambulance 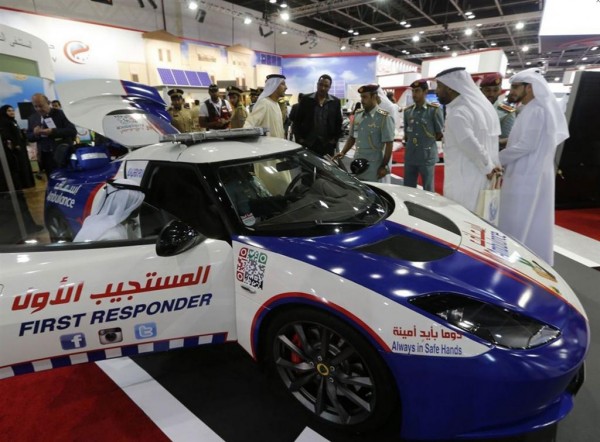 Enough has been said about the outrageous lineup of cars that the cops move around on the streets of Dubai. From the likes of the Bugatti Veyron to the Ferrari FF to the Lamborghini Aventador- a few officers at the Dubai Police Quarters seem to be living the luckiest phase of their lives driving these exotics under the guise of law enforcement. 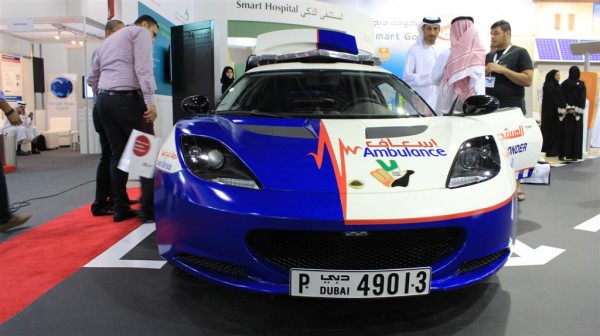 And if that wasn’t enough- here comes another. This time it’s the Lotus Evora that has been added for errrr…ambulance services. Draped in the usual ambulance livery, the Lotus Evora on board comes with special medical equipment that reads oxygen bags, splints and cardiac defibrillators. A “mobile data terminal” has also been installed to track the patient’s medical information. The 250+ kph car is slated to be soon accompanied by a pair of Ford Mustangs (what the …..!) Medics hope that the Lotus Evora Ambulance would help bring down the average response time from eight minutes to under four. We’d say the patient needs to be in an unconscious state and aloof from all the hell breaking loose outside with the so called ambulance travelling over 200 kph. 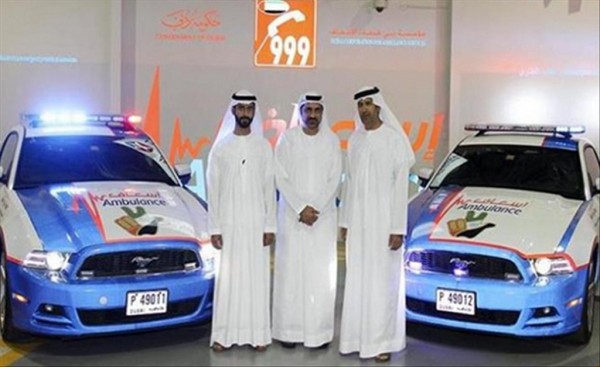 Zaid Al Mamari, a paramedic with the Dubai Corporation for Ambulance Services states “We plan to do special training since driving a sports car is not the same like driving regular cars. We will initially showcase the car in tourists places like the Jumeirah Beach Residences and Burj Khalifa. The second step is to start using them.”

Trying for a cop job in Dubai looked tough…maybe we should try for an ambulance driver’s post.