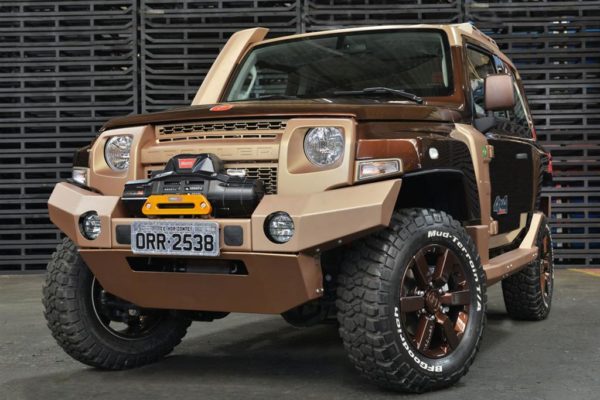 Ford Brazil has revealed the Troller T4 Concept- basically a more jagged variant of the regular Troller T4. Aimed at taking on the broken trail with added dexterity, the T4 Concept comes loaded with off-roading goodies such as a snorkel, winch, a steel storage box, upgraded bumpers and knobbier tyres. 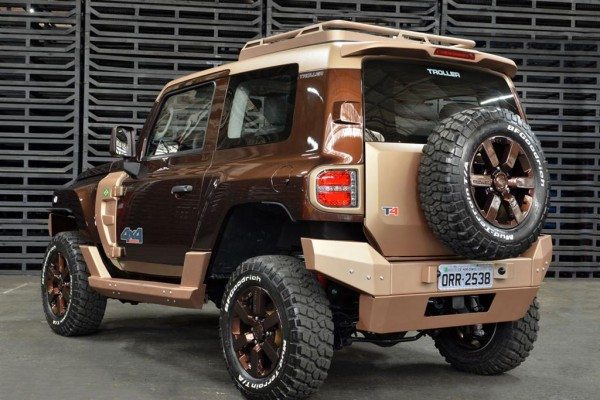 The interior and exterior have been treated to a two tone brown and beige scheme- the brown wheels look a bit odd though. Creature comforts include leather seats and an automatic climate system. A navigation system has been put in place for souls who have a tendency to go missing off the usual track. 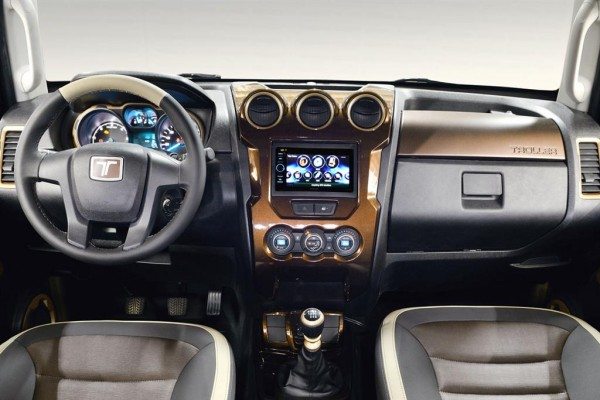 Slated for official debut at the Sao Paulo Motor Show on October 30, the Ford Troller T4 Concept continues to be powered by the regular T4’s 3.2-liter five-cylinder diesel engine cranking out max power of 197 bhp of and meaty torque figures of 470 nm. The same engine does propelling duties on the Ford Ranger too. 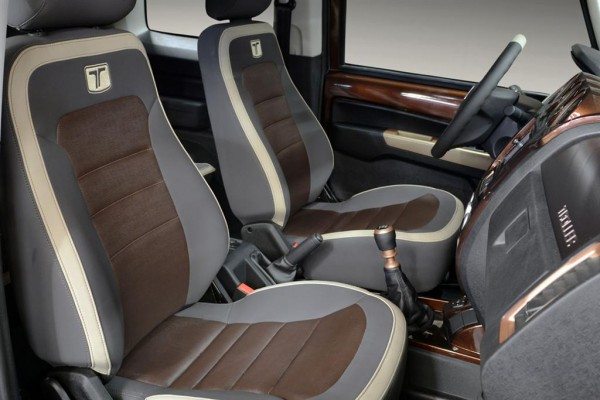 Founded in 1995- Troller was taken over by the Ford Motor Company in 2007. The Troller brand commands a huge fan following in South America and Ford has been cashing on the Troller lifestyle by offering merchandise and clothing for the loyalists.

Look’s a tough nut- we’d love to have one in a Matt Black finish!