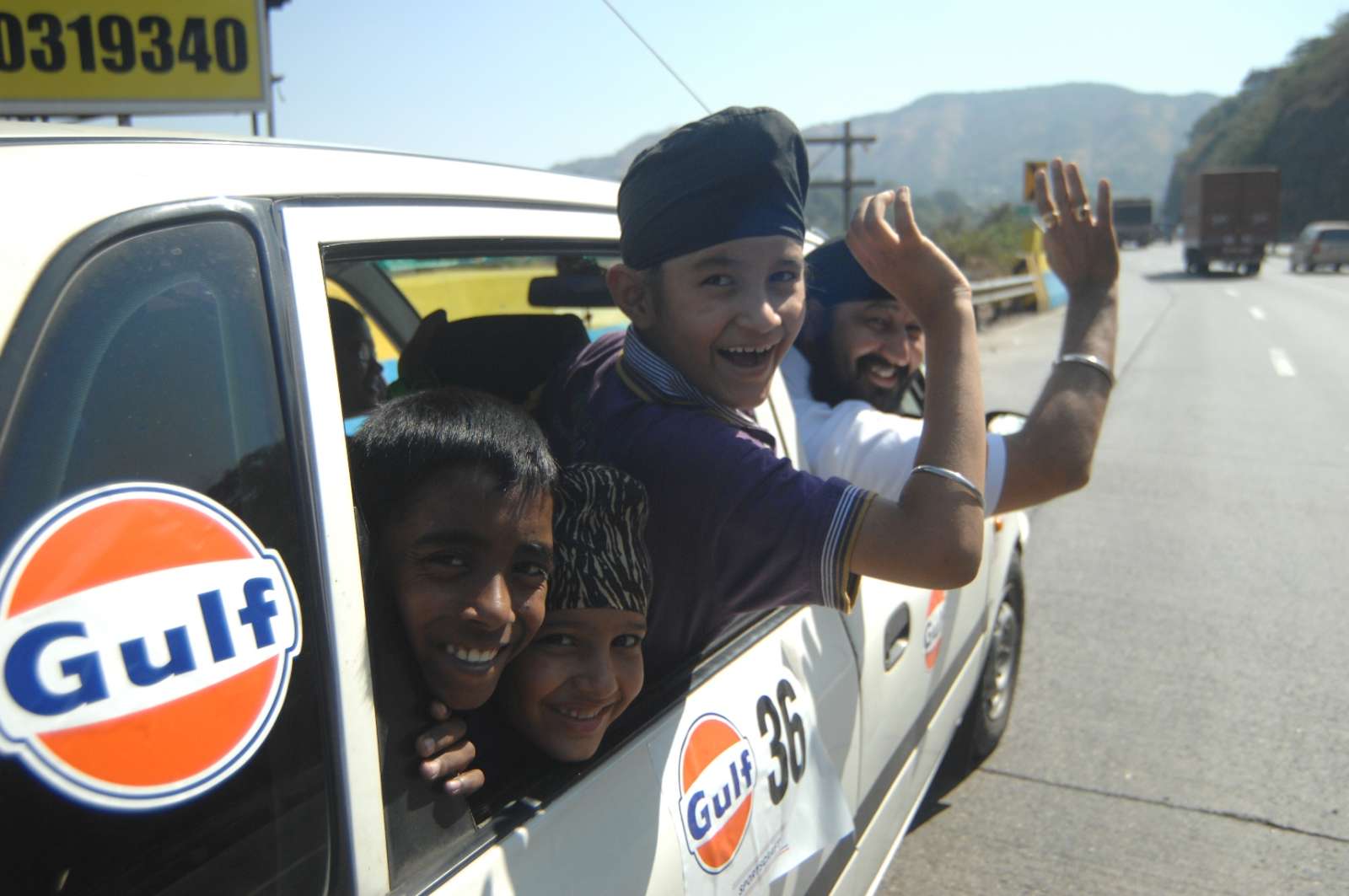 Gulf Oil Corporation’s 11th edition of Gulf Foster a Child Car Drive ended with exactly what it promised, a day full of frolic, fun and happiness for the orphaned children. The drive was organized by Sportscraft and was held on January 13th, 2013, it started from Our lady’s Home, Parel at 9.00 IST in the morning and finished at Hotel Duke’s Retreat, in Khandala, at around 13.00 IST. With the festival of ‘MakrSankranti’ being celebrated today, Gulf Oil also organized a kite flying event, where the kids were given a lot of kites to enjoy the festival along with a magic and puppet show at the venue.

The event was conceived to bring a smile on the faces of under-privileged children and to sensitize people to the plight of these children. Each car’s crew was made up of a driver, navigator and minimum one child as well as an orphan child. In a unique combination of navigational expertise & general knowledge, the driver and his crew had to decipher a route chart (Tulip chart) that was provided at the start of the drive and also answer various general knowledge questions ranging from Sports, current affairs, Bollywood, Hollywood etc. at various pit-stops on the way to the final destination.