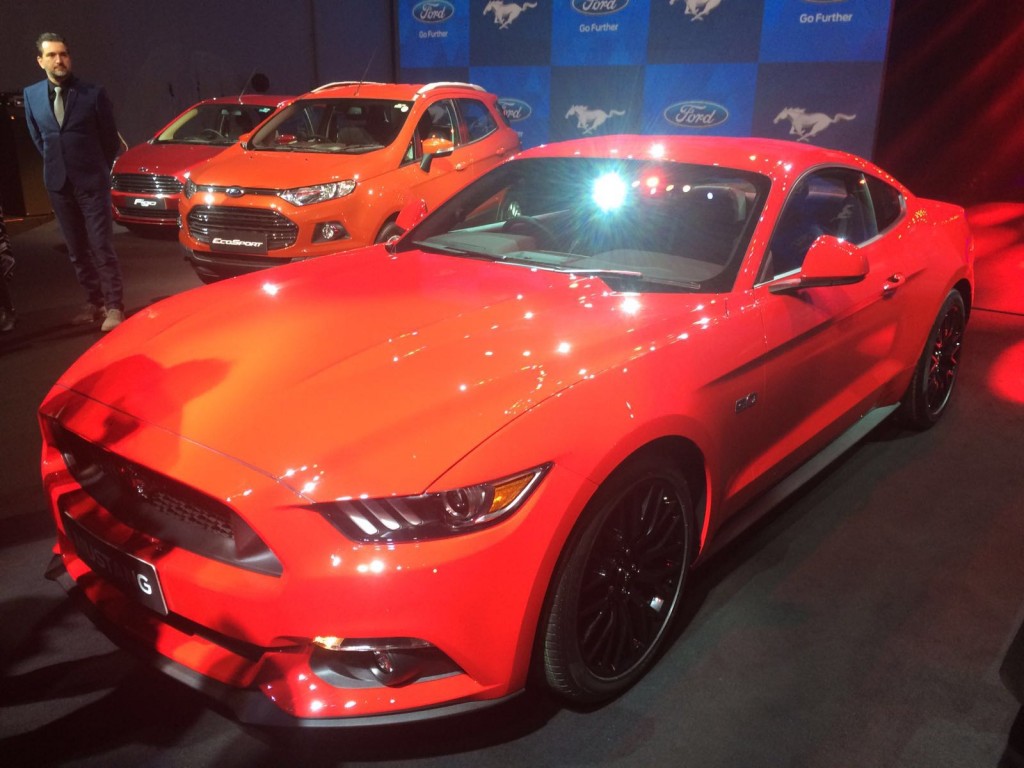 In a rather disappointing turn of events, Ford India announced that the new Mustang will only be launched in the second quarter of 2016. The Ford Pre-Auto Expo Event was just a gist of good things that happened to Ford India in 2015, like the new Figo and Aspire models. Although most of us were almost celebrating the launch of America’s most iconic cars in India, Ford India chose not to launch it today, and keep it for later. 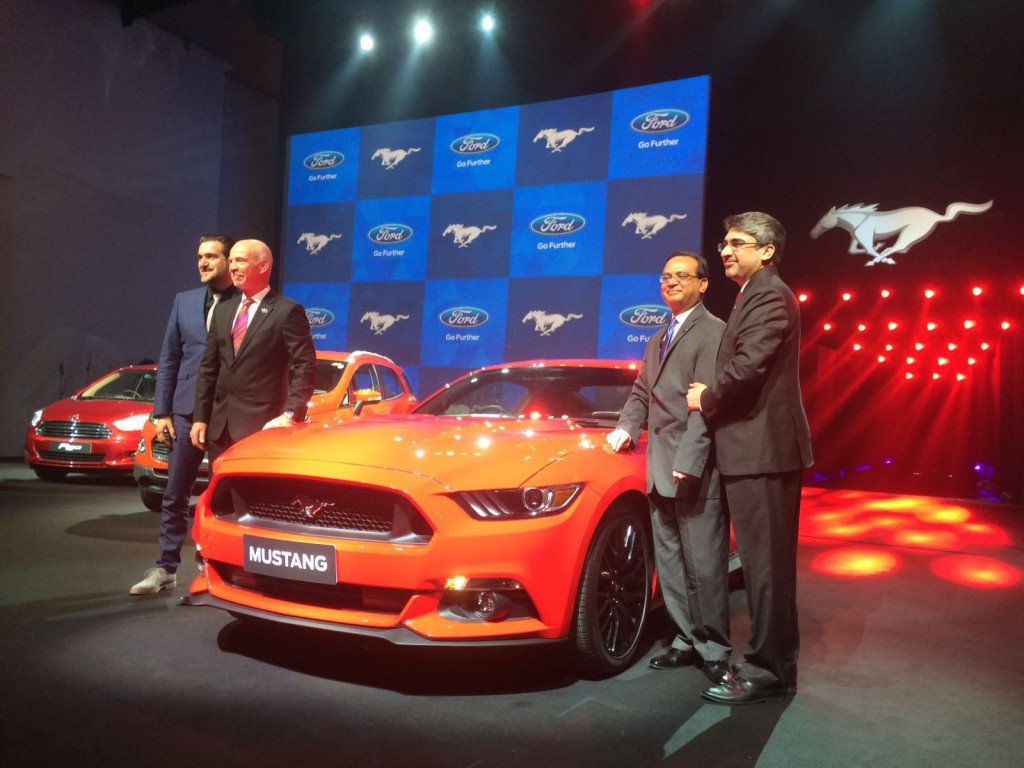 You can watch the live webcast here: 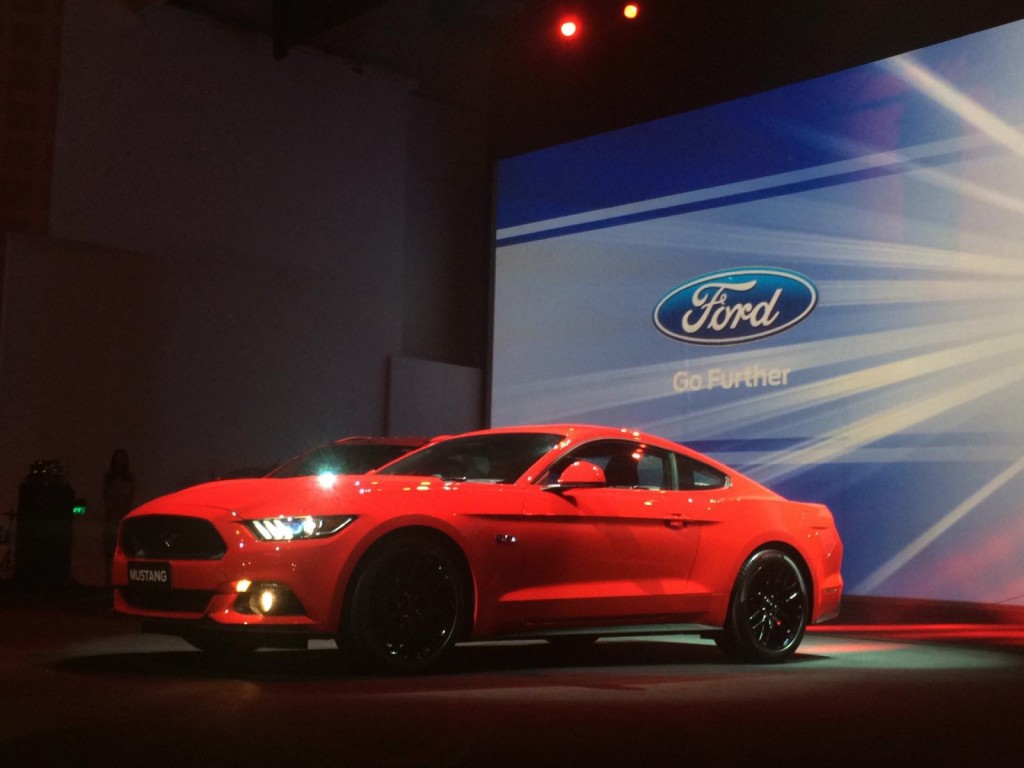 The Ford Mustang roars onto the stage; Prakash Patel, Global Programme Manager for the Ford Mustang, goes through the technical details*

Nigel Harris, President, Ford India, confirms the Ford Mustang for India. It will go on sale in the second quarter of 2016.

Anurag Mehrotra gets on stage and talks about Ford India’s good 2015 innings which includes the success of the Figo and Figo Apsire models. (Notice the Mustang badge on his suit’s lapel!) 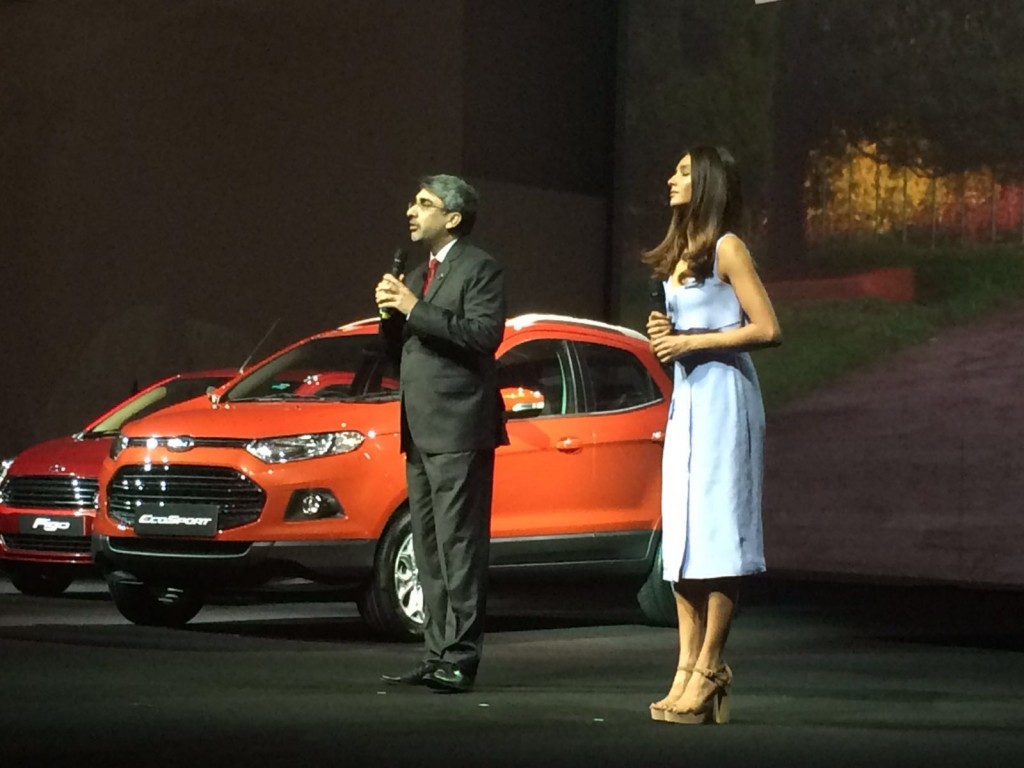 The new Ford EcoSport is bought on to the stage. 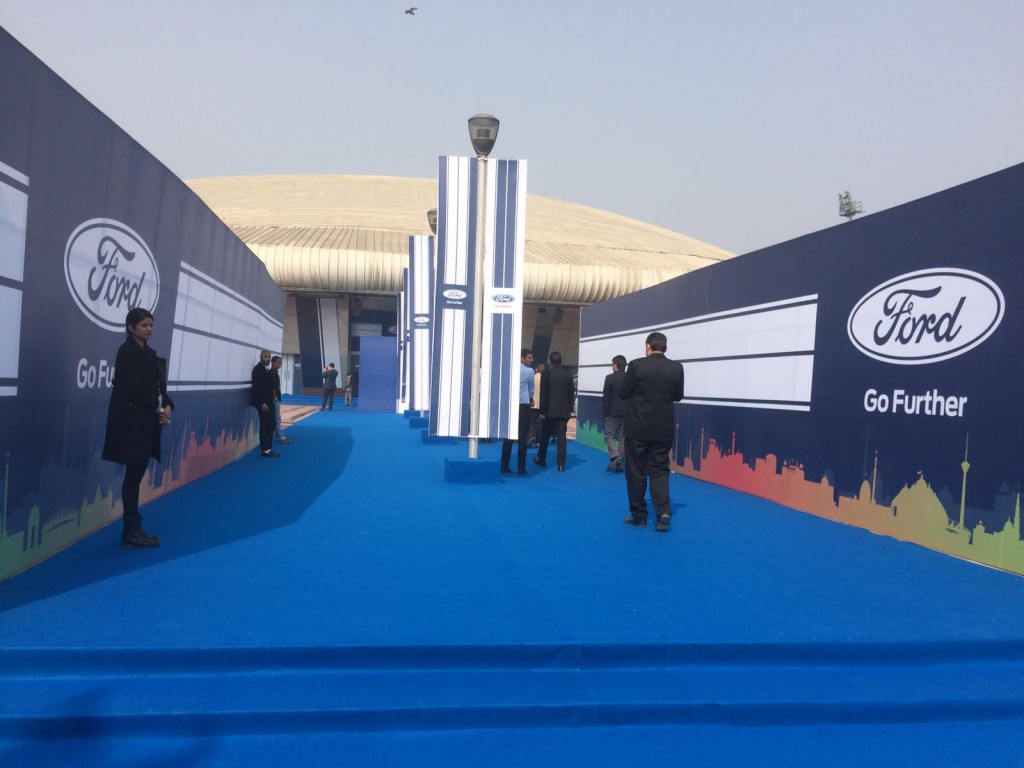 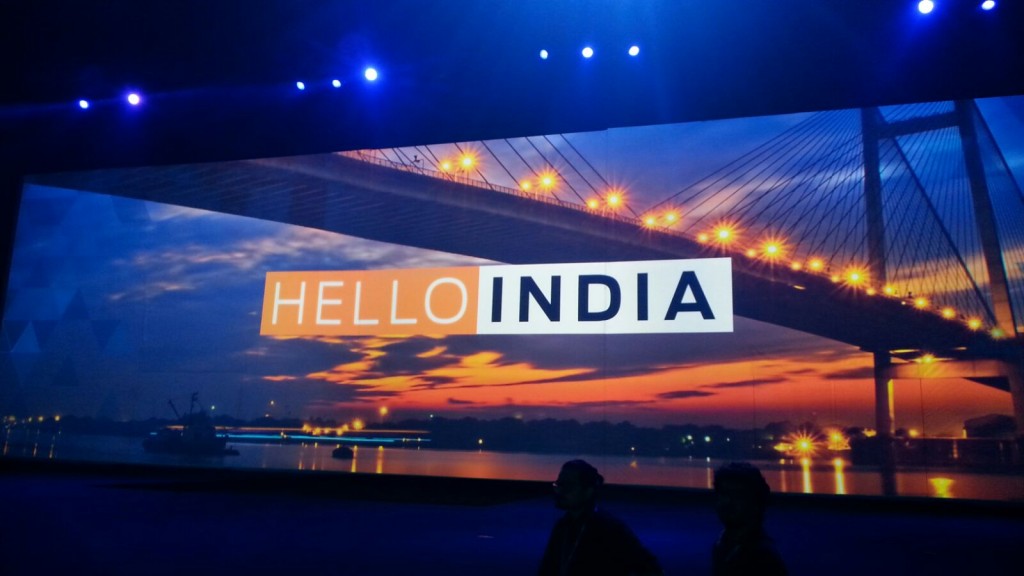 All set for the presentation..

Power is sent to the rear wheels with the optionally available six-speed SelectShift automatic transmission that features paddle shifters on the steering wheel. A six-speed manual transmission with launch control comes as standard, but it’s unlikely that we’ll get the purist’s choice here. 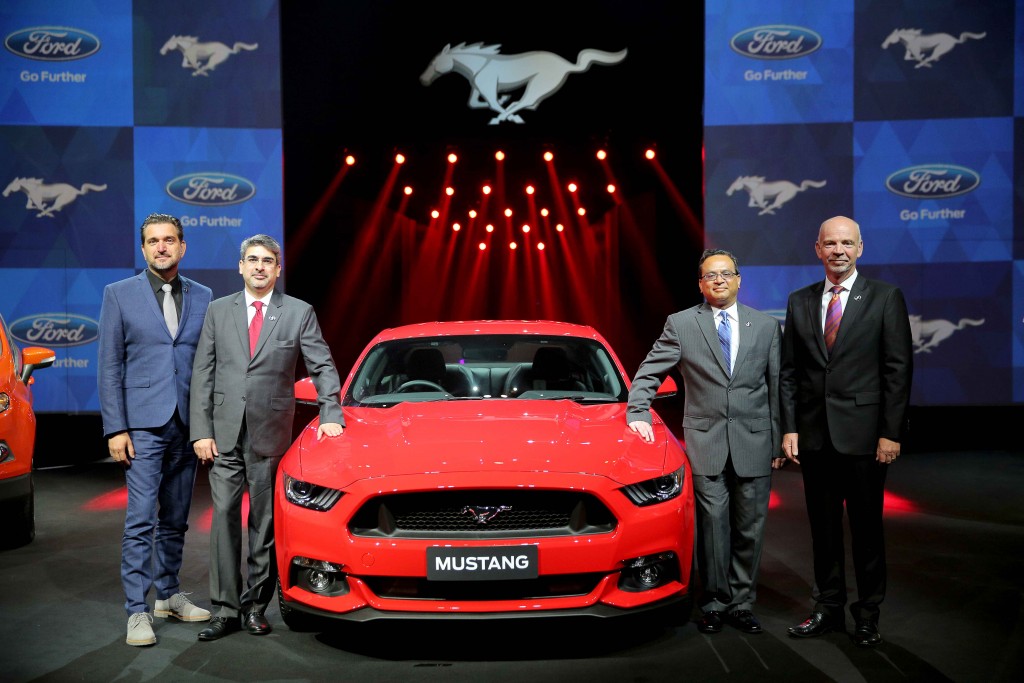 Other go-faster bits include Brembo brakes with 6-piston front callipers, Electronic Line-Lock, Electronic Stability Control (ESC) and for the first time in Mustang history – an all-new integral-link independent suspension set-up at the rear.

The new Mustang features Ford’s SYNC connectivity system that allows drivers to control their in-car entertainment using voice commands, keeping their hands on the wheel and eyes on the road. Features like navigation, push button start, passive entry, power folding mirrors, and a rear camera come as standard on the all-new Mustang. 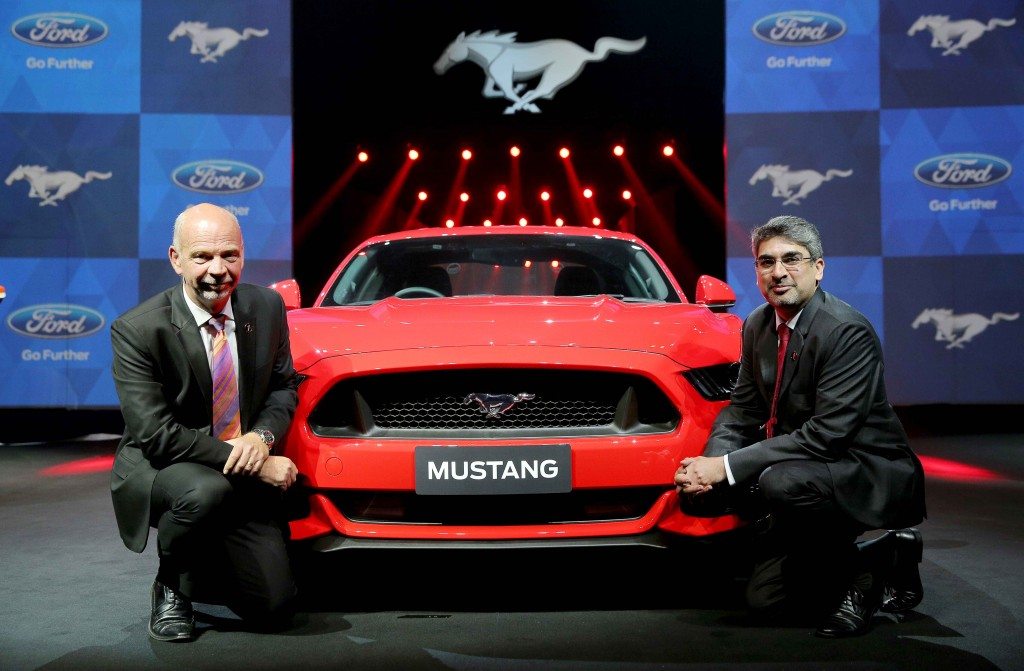