The 2015 Ford Mustang 50 Year Limited edition has been unveiled by Ford commemorating the iconic muscle car’s 50th anniversary. Based on the new 2015 Mustang GT fastback with performance pack, the Limited Edition is powered by 5.0-liter V8 engine grunting out 420+ bhp of power and 528 nm of twisting force. The car would be available in six speed manual with Torsen differential of 3.73:1 or automatic transmission with a limited-slip rear differential with a 3.55:1 final drive ratio. Ford is enhancing the Limited Edition with -piston Brembo front brakes and original Y spoke 19-inch alloy wheels mounted with Y-speed-rated Pirelli P-Zero summer tyres.

Step inside and the 50 Year Limited edition Ford Mustang greets you with a cashmere-stitched leather-wrapped steering wheel and the instrument panel, shift boot, door inserts, seats, and center armrest. Ford is offering a two-tone leather/black upholstery in the 50th Anniversary package and the major visually differentiating feature are a set of special Mustang 50 Year logos on the seats. 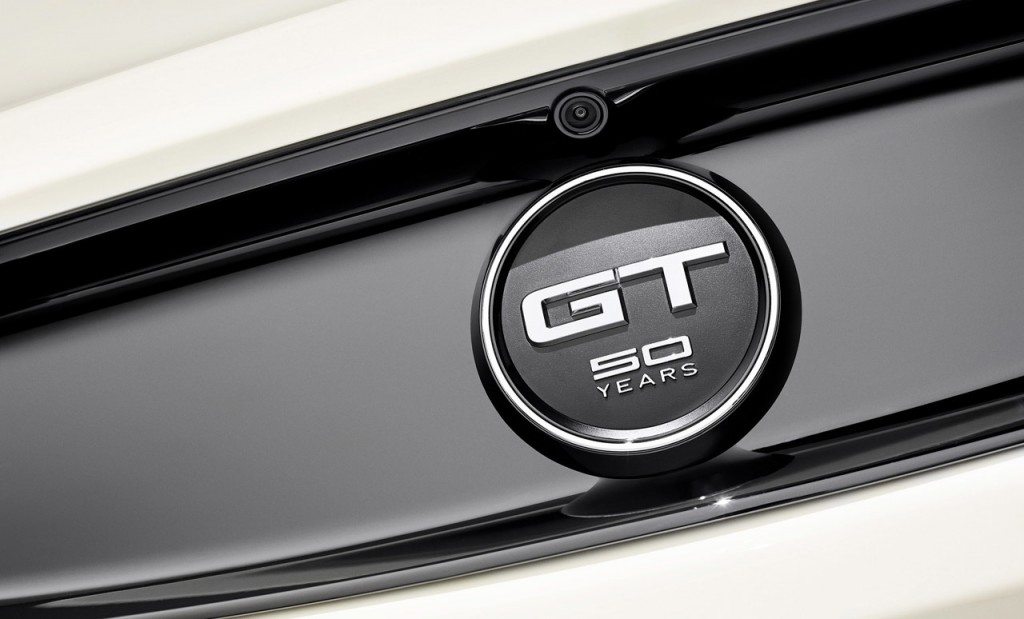 Ford has also treated the Limited Edition Mustang with vintage bits by adding discreet chrome highlights on the grille, side glass and the tri-bar tail lamps. Additionally the Limited Edition would feature louvered rear quarter windows comprised of layered sheets of glass built with a construction technique that has been uniquely developed for the car.

Slated to go into production later this year, the Ford Mustang 50 Year Limited edition would see a limited production number of 1964 units (corresponding to the year 1964 when the first Mustang was built) and would be available only in shades of Wimbledon White or Kona Blue.