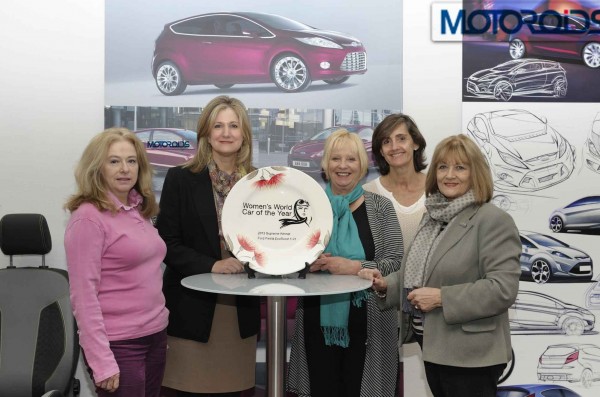 Ford has been conferred with the 2013 Women’s World Car of the Year award for its Fiesta 1.0-litre EcoBoost.

The Ford Fiesta 1.0 EcoBoost claimed the top prize ahead of cars such as Audi Allroad, Range Rover and Porsche Boxster S,all of which made it to the final list of contenders. The Fiesta 1.0 EcoBoost also received the 2013 Women’s World Car of the Year Economy Car award from the judging panel, which praised the new Fiesta for its fuel efficiency and “high-end look and feel”.

Ford’s 1.0-litre EcoBoost engine was named “International Engine of the Year” for two consecutive years- 2012 and 2013, and the Fiesta 1.0 EcoBoost was recently made available with Ford’s six-speed PowerShift automatic transmission.

“The success of the new Fiesta, both in terms of this award and impressive sales, has been achieved with a car which is sharp looking, better connected and even more fuel efficient and fun-to-drive,” said Barb Samardzich, chief operating officer, Ford of Europe.

The panel of 18 female motoring writers judged the overall award on factors including safety, value-for-money, appearance, storage, child-friendliness, ease-of-driving, colour, sex appeal and environmental footprint. Both awards were presented to Samardzich by Sandy Myhre, chief executive officer, Women’s World Car of the Year, at a ceremony in Cologne, Germany.

“It was clear from the outset that the new Fiesta 1.0-litre EcoBoost had struck a chord with our panel of female motoring experts from around the world,” Myhre said. “Women play a significant but often overlooked role in buying a car and the new Fiesta’s high-end look and feel, remarkable fuel economy and surprising performance are just some of the features which clearly chime with the needs of many female drivers.”