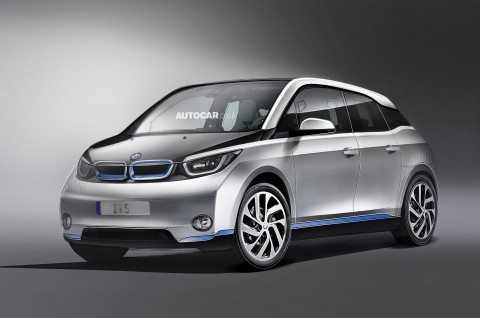 It has emerged that the much hyped BMW i3 platform could soon spawn a new family car, which in all probability, would be called the i5.

The speculated BMW i5 would be more suitable for the ‘family runs’ than the i3 and this would be due to the fact that the car would come with more legroom in the rear and a bigger boot. BMW has already confirmed that it has trademarked all the names from i1 to i8 and this simply means that more products in BMW i range are in the offing.

Autocar says that the engineers at BMW could add around 250mm to the i3, to create a spacious EV that would be longer than the Mini Countryman. Out of these 250mm, 100 would go to the wheelbase and the rest will be added to the rear overhang.

No seems to know if the i5 would get a more powerful range extender unit, which could be warranted by the car’s higher load-carrying capability.

It is highly unlikely that the speculated BMW i5 would be unveiled before mid 2015.