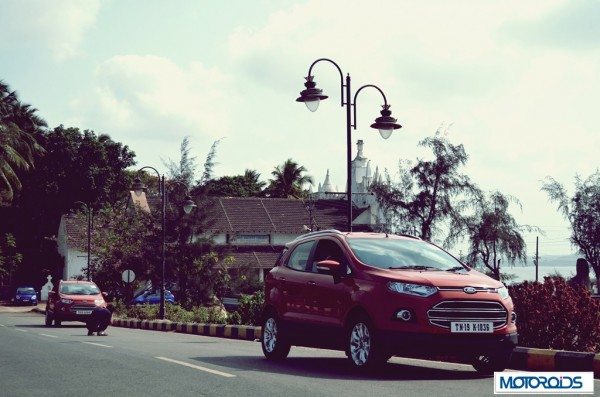 Waiting period for the Ford EcoSport, which was launched in India way back in late June this year (click here for our complete launch coverage), refuses to go down! Several months down the line, the interest for the Ford compact SUV is still high and such has been the state of affairs that Ford India has been time and again criticized by auto hacks and buyers alike for not being able to fulfill the burgeoning demand.

The condition is so bad that some of those who booked their EcoSport in June are yet to receive their vehicles and have been asked by Ford India to wait till March-end!

Ford clarifies that this delay is because of “unprecedented demand” and the company has even mailed these customers, asking them to go for other models instead.

“In view of having booked the Ford EcoSport, we would be pleased to offer you an exclusive additional benefit of Rs 10,000 on these models,” the company said in a letter to a customer of the EcoSport. On cancellation of EcoSport booking, “the full booking amount will be refunded immediately by the dealers and the cancellation charges will be waived off”, the letter added.

Worth mentioning here is that Ford India earlier promised to clear the backlog of orders by November. However, all thanks to the great demand, Ford has now started encouraging its EcoSport customers to opt for other Ford models such as the Figo, Classic or Fiesta.

Click here to read other interesting stuff on the Ford EcoSport

It is being said that Ford India might soon initiate a price increase on the EcoSport, which might reduce the demand slightly! This price increase could come into effect next month.

The Ford EcoSport is currently on sale in India in a total of 10 variants and is priced between INR 5.59 lakh and INR 9 lakh (ex-showroom, Delhi). The compact SUV is available in 1L petrol, 1.5L petrol and 1.5L diesel engine options.

Stay tuned to Motoroids for more updates on this development.