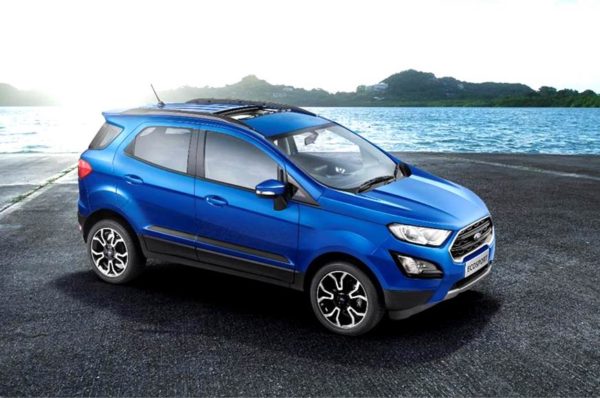 Beginning with the Ford EcoSport S variant, the top-end trim comes equipped with all-new smoked HID headlamps with dark inserts and a black treatment to the fog lamp bezel. The dark theme has been carried all through the exterior design with a blacked out grille, black painted roof and roof rails. Also on offer are 17 inch smoke alloy wheels. The interiors of the Ford EcoSport S edition feature orange accents on the seats as well as instrument panel, a new 4.2-inch digital information cluster along with a Tyre Pressure Monitoring System (TPMS).

Under the hood, the new Ford EcoSport S will be paired to the 1.0L EcoBoost engine, delivering 125 PS of peak power and 170 Nm of torque. This motor is claimed to return a fuel economy of 18.1 kmpl and 12% lower CO2 emissions than conventional four-cylinder engines. It will be mated to an all-new six-speed manual transmission.

The EcoSport S with Sun-roof is also offered with the 1.5L TDCi diesel motor that delivers 100 PS peak power and a claimed fuel economy of 23 kmpl. This new variant will also feature an 8-inch touchscreen infotainment system with SYNC 3 connectivity. Also on offer will be six airbags. 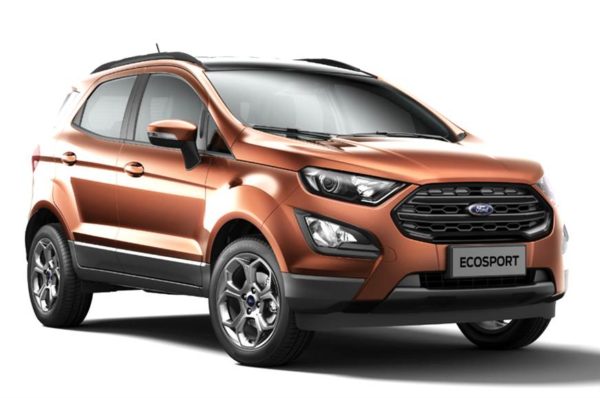 Speaking on the occasion, Anurag Mehrotra, President and Managing Director, Ford India, said that in line with their ‘Feels like Family Promise’, they are committed to meeting diverse needs of their customers and act on their feedback. The addition of Sunroof, a feature that customers have been demanding, and world-renowned EcoBoost engine technology, is an example of their commitment. Driven by customer feedback, the two new editions make their compact SUV even more stylish, trendier and fun-to-drive, he further added.

Following are the prices for the Ford EcoSport S and EcoSport Signature Edition: