Remember the Bianco Monocerus (white) with Giallo Tiberino (yellow) stripes Lamborghini Huracan LP 580-2 Coupe that was donated to His Holiness Pope Francis? Estimated to be auctioned at EUR 250,000 – 350,000, the unique Huracan was sold for a staggering EUR 715,000 (INR 5.76 crore) — over three times its base price of EUR 201,000 (INR 1.62 crore) — at the RM Sotheby auction held on May 12 at the Grimaldi Forum in Monaco. The Huracan was personally autographed by Pope Francis during the presentation ceremony at the Vatican City.

The proceeds from the sale will be directly handed over to the Holy Father, who has decided to set it aside for four charity entities: 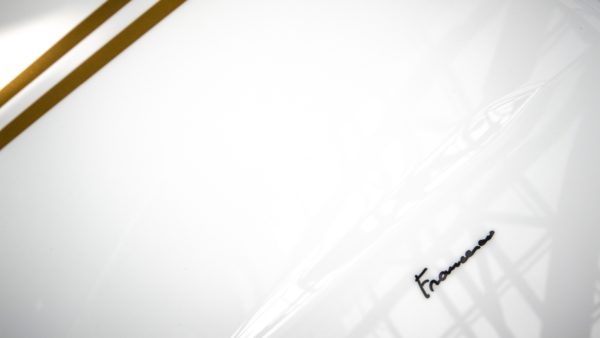 As reported earlier, the Huracán RWD, which was donated to the Pope in the presence of Stefano Domenicali, Chairman & Chief Executive Officer of Automobili Lamborghini, a delegation of the company’s Management Board and two workers who contributed to the car’s construction, was produced by Lamborghini’s customization department, Ad Personam. Its paint, Bianco Monocerus (white) with Giallo Tiberino (yellow) stripes, is homage to the colors of the flag of Vatican City.

Check out more images of the special Lamborghini Huracan, personally autographed by Pope Francis, through the image gallery below: