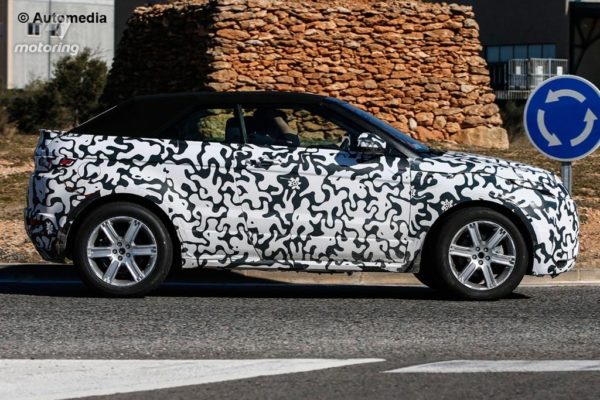 Just yesterday, we brought you news of Land Rover teasing the 2016 Range Rover Evoque, with a dark silhouette that only affirmed what we’ve speculated for so long: the new Evoque will feature full LED headlights. Along with these adaptive headlights, the baby of the Range (see what we did there, see, see?) will also receive a heart, as well as cosmetic surgery, all the while retaining that distinctive and appealing Victoria Bekham-inspired design.

Now, hot on the heels of that official tease, there has surfaced a couple of spy images of the convertible version of the Evoque. First unveiled as a concept back in 2012, Land Rover has been carefully gauging the market’s reaction to a drop-top version of its SUV, and it seems like they finally believe that it makes sense to put it into production.

And we don’t see why not. If you recall, the whole concepts of SUVs came from wartime machines – rugged machines that were built to ferry arms and ammo over demanding terrain. The fact that the occupants inside it also need the versatility to fire small arms in all directions meant that these off-roaders usually came with a fabric canopy, or were in many cases open-tops. 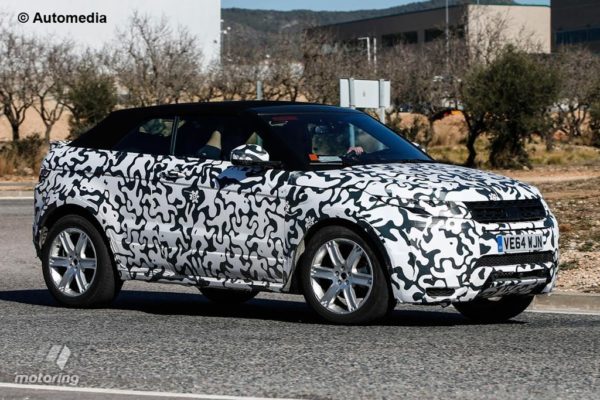 After the wars, the SUV rapidly became a mainstream vehicle, not only ferrying soccer moms on their school runs, but also a lifestyle device thanks to all the space they could offer for creature comforts. Nobody was shooting anyone in the urban streets anymore, thankfully, so the soft-top was sidelined in favor of the metal roof. This also afforded more space for occupants, and a larger luggage-hauling capability.

The off-roading abilities also dwindled, as manufacturers realized no one was actually taking these machines – which, by then, had grown into ponderous machines creaking under their own bulk –off the tarmac. But through all these, one manufacturer remained true to their roots, still crafting SUVs that can also handle the rough should the need arise, even in times of peace. That’s Land Rover. Granted, not every vehicle in its lineup, least of all the Evoque, are as comfortable in the rough as the Land Rovers of old, but they still are miles ahead of anyone else in this department. Take the now-deceased Hummer, for instance. What was once the dedicated people-mover of choice in the Desert Storm became a Chevy Tahoe in a snazzier body by the time it was repackaged for civilian use.

Which is probably why the Evoque, and its siblings, sold in such huge droves. Here was a vehicle that could seat five in comfort, and had enough luggage space to spare. It quickly became the vehicle of choice for many celebrities in the west. And the same market has been clamoring for a drop-top version of their favorite vehicle for some time. No point not making it then; it’s what the market demands. 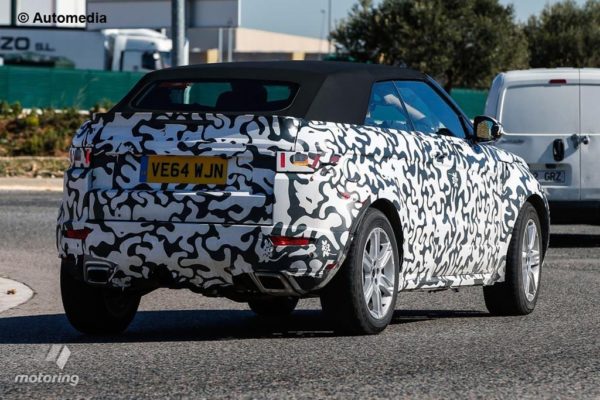 From what we have seen in the concept, the Evoque convertible will come with an electrically-operated folding roof made from fabric.  It will also reportedly retain much of the off-roading capabilities of its metal-roofed sibling, which should be reassuring news or anyone who are even thinking of taking it off-road. The Evoque convertible will also be heavier thanks to the additional body strengthening that will be needed now that the metal roof is gone.

This is a novel departure from the usual crop of SUVs that we have been seeing for the last few decades, and might just shake up a category that is in desperate need of the next big idea. Expect the production-ready Range Rover Evoque to appear as early as April at the 2015 New York Motor Show, with details on the engines and interior enhancements coming on February 23rd. 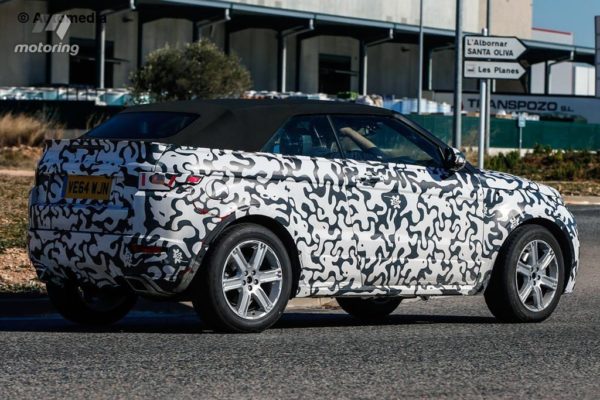