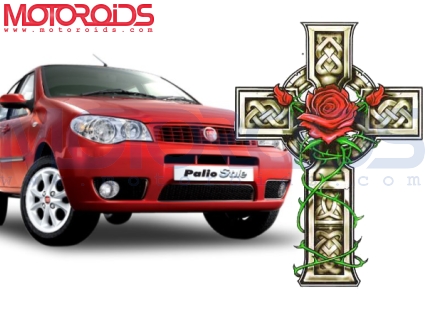 The small car that started the ‘Hot Hatch’ concept in India with its 1.6-litre, 100 bhp petrol engine has met with a sad demise. FIAT has decided to pull the plug off the Palio to immediate effect for two primary reasons – lack of demand and the Palio’s incompatibility with the Bharat Stage IV norms. The Palio, since its launch in 1999 has offered a lot of goodies to its customers without making a huge hue and cry about the price. However, lack of a potent aftersales network and the low fuel economy had led to the last generation Palio to its downfall in a market like India. The Palio Stile did revive FIAT India to an extent, but the current success of the Grande Punto had put the Palio on the back-burner.

Until recently the car was only manufactured against order, but FIAT’s sudden decision has axed the hopes of prospective enthusiasts buying the car. One of our members, John Fernandez is one such unfortunate enthusiast who had his booking amount refunded to him by the company showroom after the car-maker’s harsh (yet practical) decision. We are only hoping now that the Palio’s demise will make way for a new car from the FIAT stables in Ranjangoan, that can lift of gauntlet and be a worthy heir to the ‘hot hatch’ concept.

Since we are big fans of the Palio 1.6 and as a mark of respect for the hot hatch, we have uploaded a wallpaper of the Palio (widescreen as well as standard resolution), which will grace our desktops today. If you feel the same way too, please do the same!

Have an interesting story to tell about the Palio? Let us know today by writing in to [email protected] with the subject reading ‘My Palio story’.

Wallpapers of the Palio 1.6 Sport: