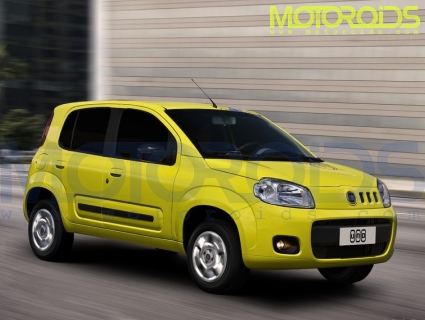 We are still feeling low about the Palio’s sad demise we told you a few moments back. However, there is some more news about FIAT’s plans since the Palio’s discontinuation has created a void in the sub-Punto segment. From what our sources are telling us and a few other media like Economic Times are reporting, its seems certain that FIAT will introduce the new recently launched Uno supermini in India.

As per our sources, the Uno is set to begin its on road testing procedures in August and is slated to go on sale by this year end. When it goes on sale, the Uno will be a replacement to the FIAT Palio. Ironically, the Palio itself was a replacement for the Uno in Indiawhen the supermini had failed miserably. When the new Uno comes to India, it will reportedly be powered by a 1.0-litre flex fuel engine for the low end variant while the top-end model might get a 1.4-litre mill. There is a fair chance that the 1.3-litre Multijet may also find its way into the engine bay to catering to the new diesel-hungry segment of the Indian market.

In Brazil, the Uno also has a brawnier sibling called the ‘Uno Way’. It boasts of a muscular cladding and a higher ground clearance to tackle a wee bit of off-road fun. We won’t be surprised if FIAT decides to bring in this variant as well. With a potent engine and FIAT’s superior engineering, it could well give the likes of the Premiere Rio and the upcoming Xylo 5-seater a run for their money. Stay tuned to Motoroids.com as we bring you more info on this car and FIAT’s plans as and when we lay our hands on the info.