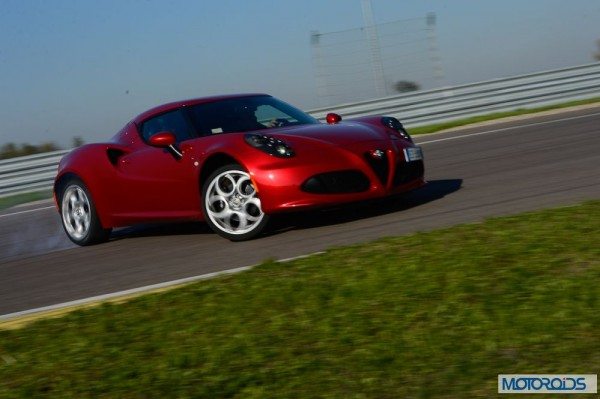 Described by FHM as “one of the most exciting sports cars on the planet”, the Alfa Romeo 4C is lauded for its “supertech carbon-fibre chassis, super-lightweight body and clever steering” as well as the note of its engine and the “laser-precision” of its dynamics.

Speaking about the Alfa Romeo 4C, Conor McNicholas, FHM Motoring Editor commented: “After much deliberation, there was only one car that could take the accolade of FHM’s Car of the Year. With its neck-tingling speed, dramatic looks and real-world price, the Alfa Romeo 4C was the car that most turned us on in 2013.”

Damien Dally, Head of Brand, Alfa Romeo UK noted: “We’re thrilled that the Alfa Romeo 4C has taken top honours in the inaugural FHM Car of the Year awards. FHM has its finger on the pulse of what’s cool and desirable and for the editors to rate the Alfa Romeo 4C so highly is indicative of just what a game-changer this new supercar is.”

Priced from £45,000 OTR, the Alfa Romeo 4C will be available to order shortly, but with some customers putting their names forward when the concept was first unveiled at the Geneva Motor Show in March 2011 most, if not all, of the UK’s production allocation for 2014 is already spoken for.