Now, the new Ford Mustang has been filmed revving its V8 engine in Irvine, California.

Ford has officially revealed the convertible version of the 2015 Mustang. The Convertible is virtually identical to the coupe version, with the addition of  a new multi-layer cloth top that promises to give the car a more upscale appearance. Besides adding to the beauty of the car,  the top cloth has additional insulation which should ensure that the cabin will be more quieter. Ford says that the top lowers twice as fast as before and has a sleeker profile when retracted. 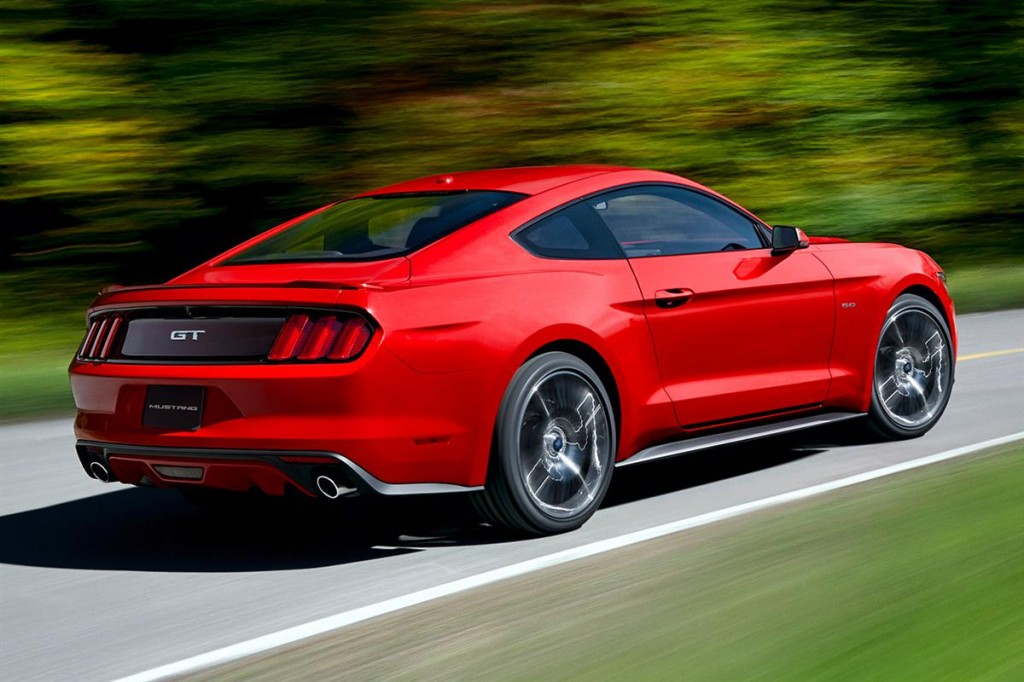 Yesterday we reported that the Ford Mustang will also be available with more powertrain options like diesel,electric and hybrid. Bob Bascetti, Ford’s global powertrain boss, told GoAuto of Australia that Ford will be going further in the quest for efficiency with the new Mustang and is now at the stage where it’s considering several alternatives.

“We’re not looking at diesel at the moment, but given where we need to go with fuel consumption we are looking at all our options,” said Bascetti, keenly pointing out, though, that “diesel is one of those options, along with hybrids and electric.”