Home News Ferrari unveils its Formula One car for 2011, the Ferrari F150 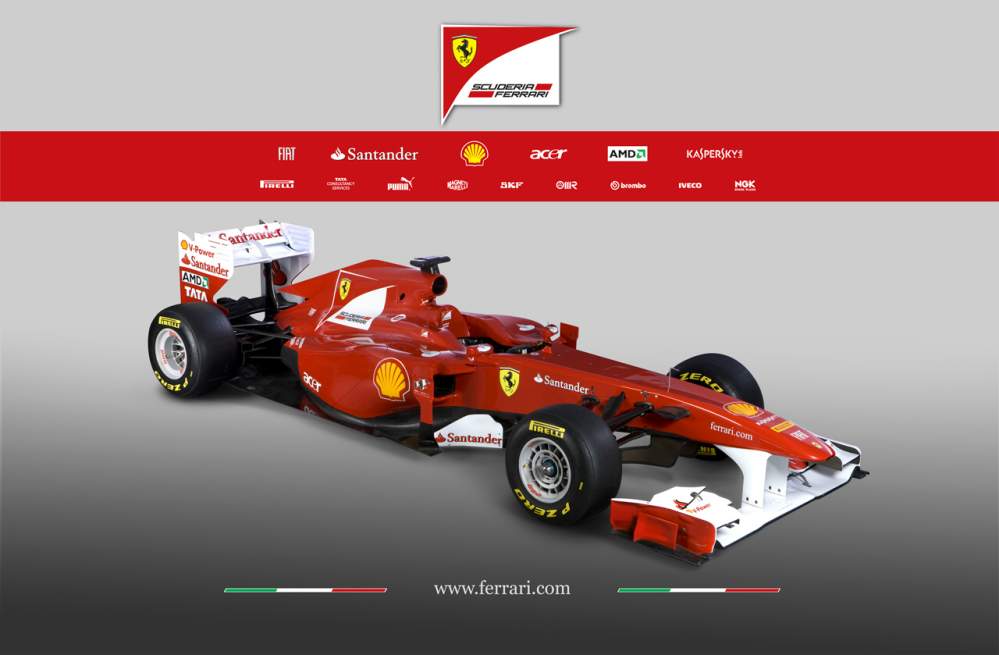 Ferrari has unveiled its race car for the 2011 F1 season. Christened unconventionally as the Ferrari F150 after a century and half of the unification of Italy, the car is the first F1 machine to be unveiled for this season. In its newest avatar, the Scuderia Ferrari F1 car carries the Italian flag on its spoiler. The engine cover now has the Scuderia logo in place of the banned cigarette manufacturer Marloboro’s emblem.

Apart from the visual changes, the new Ferrari race car features a lot of performance related changes as well. There is a new hydraulically controllable rear wing, and the air intakes are now smaller. KERS is back on the Ferrari F1 car this season.  The tyres have been changed from Bridgestone to Pirelli, and that’s something that all the teams will have to do this year. We hope Ferrari manages to erase the memories of last year and come back strongly to lay claim on this year’s title.