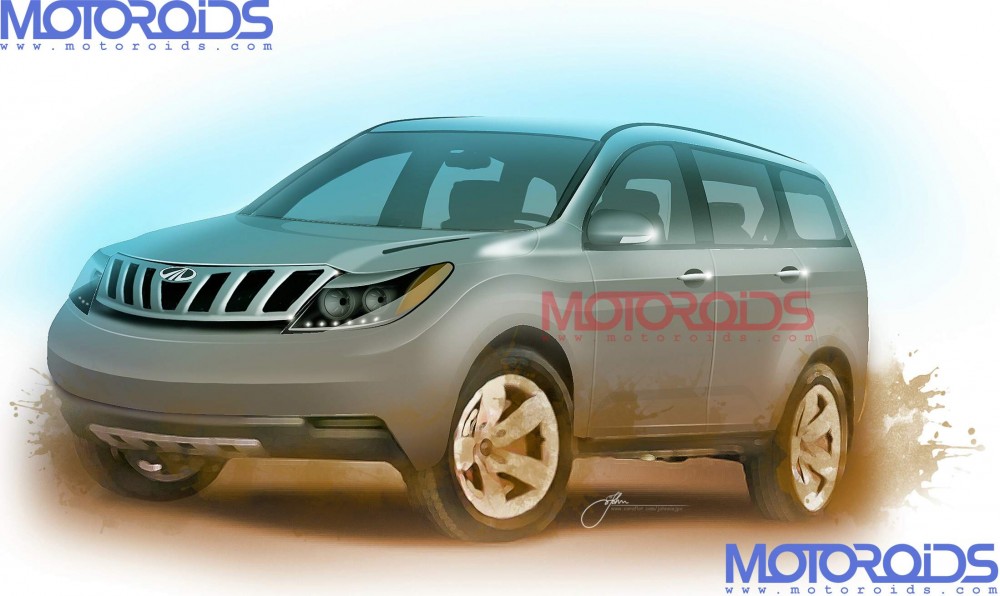 After having snapped and recorded the Mahindra World SUV in action a zillion times, we decided to try and find out what exactly was under that heavy camouflage. John Paul Xavier, our man at IIT Mumbai’s Industrial Design Centre offered to help and the result is this.

The Mahindra W201 or the World SUV not given away much to the shutterbugs, however, it couldn’t quite hide its LED lights under the headlamps (which we reckon are projector type). This would make the Mahindra SUV the first vehicle with the feature in its segment. A bold chrome grille with six vertical slats defines the face of this new behemoth from Mahindra. We are more than sure that this vehicle will come as a five-seater, as we don’t see Mahindra trying to market it as a people mover.

The high bonnet with two prominent ridges on its ends gives the W201 an aggressive and muscular stance. The slightly flared wheels arches add their bit to the brawny look.

The Mahindra world SUV will be powered by the same 2.2 litre mHawk engine that powers the Scorpio, albeit in probably a different state of tune. We are expecting a price Tag of Rs 13-15 lakh rupees on launch.
Thanks again to John Paul Xavier, IIT Mumbai, for the rendering.