Home News Ferrari 620 GT: Second teaser video of the most powerful Ferrari ever 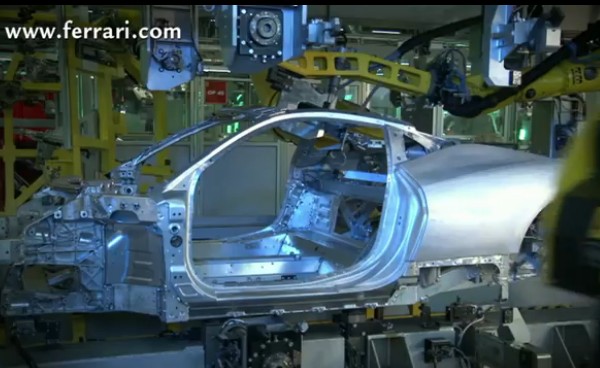 Ferrari announced its most powerful car ever for a Geneva debut a few days back with a teaser video. Rumored to be called the 620GT, the new car will be powered by a V12 engine and expected to produce in excess of 700bhp. The Italian carmaker has now released the second pre-debut teaser for the car. While the first teaser announced that the new car will be the most powerful Ferrari ever built, this one declares that the upcoming car will usher in a new era in automotive technology. While all that may very well be marketing speak, we’d prefer being optimistic and stay excited until the car is released. The video shows  advanced robots putting together the body of the new car, while also highlighting the terrific attention to finish the company pays as regards the smoothness of the body’s surface. Have a look.