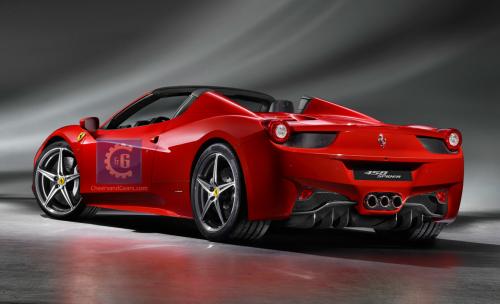 Here’s another addition to the burgeoning list of cars whose photographs and details are leaking ahead of their official debut at the Frankfurt Motor Show 2011. The roadster version of one of the hottest supercars around, the Ferrari F458 Italia is claimed to have been unveiled by Gears and Cheers – an auto publication.

If these are the real pictures of the 458 Italia Spyder, then we must say that the car looks stunning. The picture of the new car, taken from behind shows the decklid which will supposedly house the metal roof for the convertible.

The engine for the convertible version will remain the same as the coupe variant. The highly acclaimed 4.5 liter V8 powerplant with 570Ps of power and 540 Nm of torque will propel this beauty. Transmission duties will be taken care of by a 7 speed dual clutch auto transmission. Expect a 0-100km/h sprint timing of about 3.5 seconds 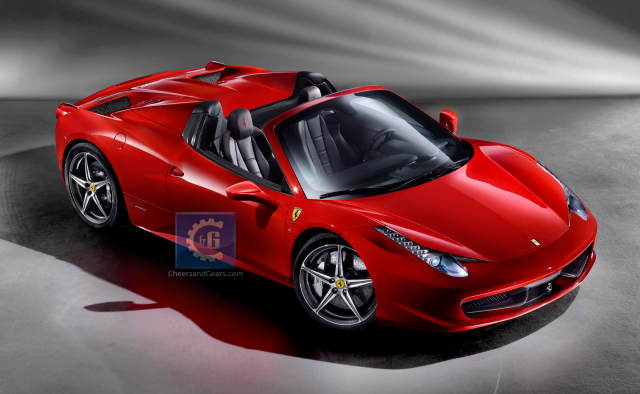 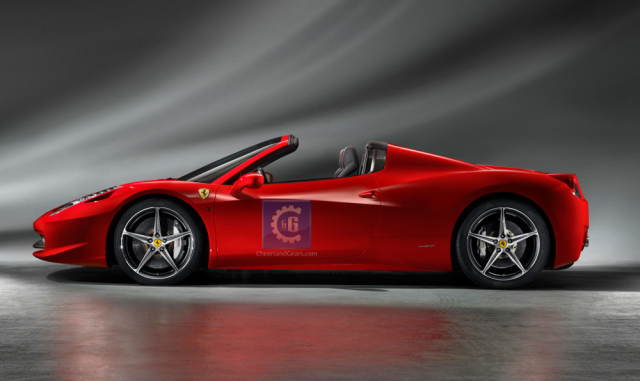