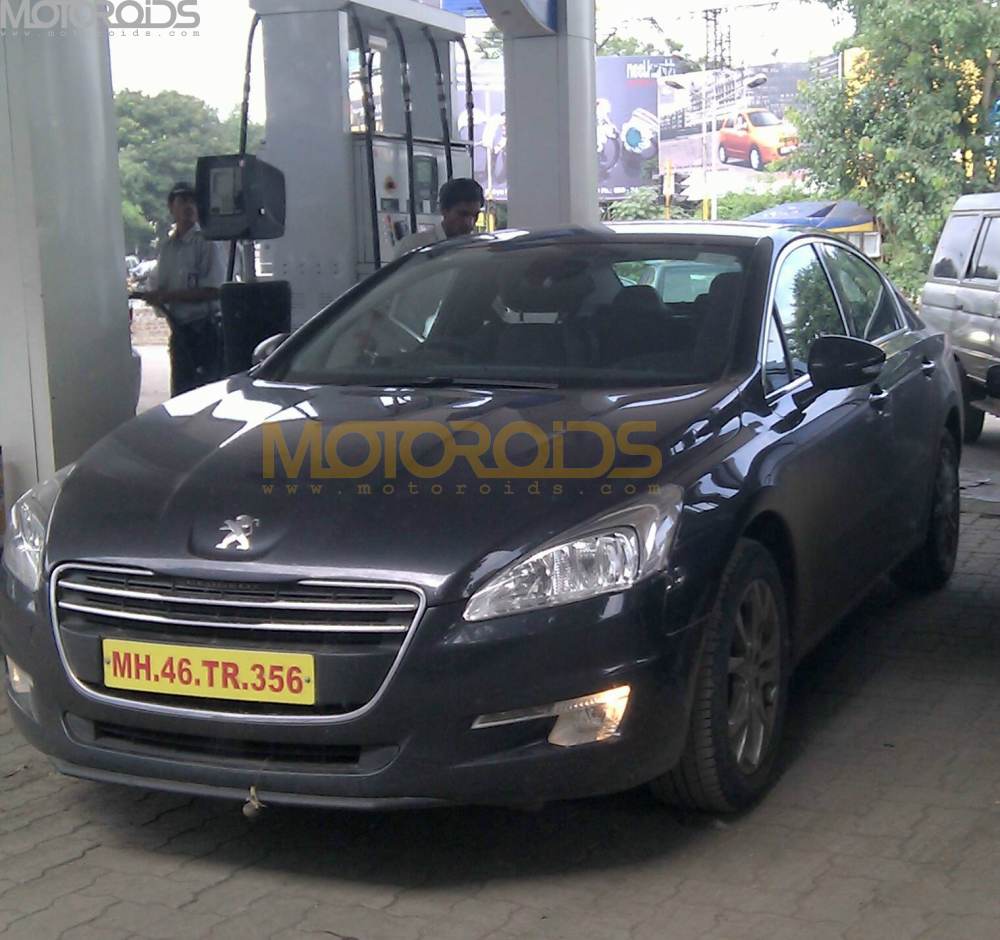 The Peugeot 508 and 207 were caught testing on the Mumbai Pune expressway only a few weeks back. Now Kiran Bhandari, and eagle eyed reader of Motoroids has managed to take some spy pictures of the big sedan and hatchback from the French carmaker yet again. It’s notable that Peugeot is planning to enter India and is looking for land to set up a plant.

According to Kiran “The cars looked lovely. The big black one looked in the range of the Civic. But it was the hatchback that caught the eye. Distinctive European styling makes it probably the best looking hatchback to hit Indian roads – barring maybe, the Jazz. Both looked spacious from the little glimpse – but wasn’t able to get a sense of the trim level inside.”

Here’s all you need to know about the two cars

The Peugeot 207 is the successor to the 206, which lasted for more than a decade. The first 207 was launched in 2006, and is currently built in various countries including France, Spain, Slovakia and Indonesia.

This smart looking car with trademark sweptback Peugeot headlamps comes equipped with a choice of petrol and diesel engines. The petrol engines include a 1.4-liter and 1.6-liter mill, in various states of tune. The 1.4-liter unit produces 75, 90, and 95bhp. The 1.6-liter engine is good for 120bhp in its naturally aspirated form, and releasing upto 175 horses in one of the turbo charged avatars. The turbo engines produced by Peugeot are even used by BMW to be employed in their premium, Mini range.

The diesel engines powering the 207 include a 1.4-liter unit with 70 horses, or a 1.6 litre HDi mill with 110bhp. The engines come mated with a five speed manual or a four speed auto transmission.

The Peugeot 207 is internationally available in three-door and station wagon variants as well. A two-door variant was even spotted by the photographer. Both the variants, however, in all probability won’t make it to India, as the body types aren’t quite popular in this part of the world.

When introduced, the 207 would compete with the likes of the Nissan Micra, new Suzuki Swift, Hyundai i20 and the facelifted Honda Jazz. Price should be in the region of the aforementioned cars only.

The Peugeot 508 will slug it out with the Honda Accord, Skoda Superb and the VW Passat on release. Expect a price tag in the region of Rs 20 Lakh