Frankly speaking, we have seen more testing mules of the upcoming Fiat Punto facelift than the the ongoing car itself. Fiat has been rigorously testing the new Punto on Indian roads. The new images of this facelift hatchback have emerged again from Pune where one of our active readers, Ameya Savoor, managed to grab the images.

The new facelift Punto is expected to launch in the second half of this year. Fiat will launch four models in India this year which will include the Avventura, 500 Abarth, Linea facelift and the Punto facelift. Fiat also showcased the new facelift Linea and Punto through a new advertisement on television and internet. The car seen in the advertisement is quite comparable to the test mules that have appeared in spy photographs. 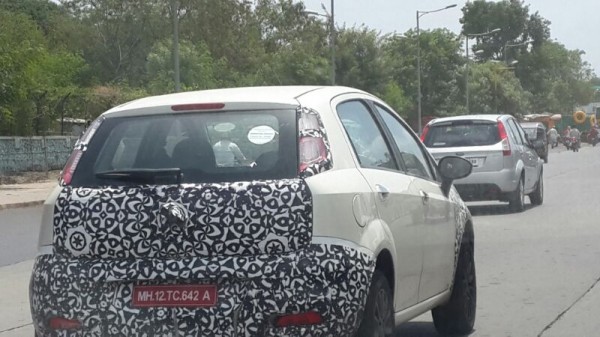 Although the car shown in the commercial is not a four-door hatch, the front look, the fog lamps, the rear reflectors, the bodywork – they all point out towards the similarity between the test mules and the advertised cars. 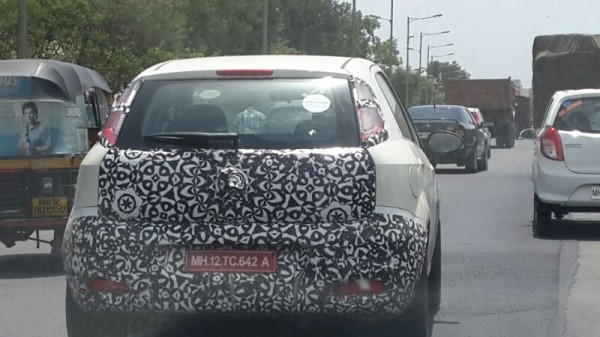 Sadly, the upcoming Punto will work on the same powermill as the current car. Petrol variant will come in 1.2-litre and 1.4-litre engine options, both capable of producing 68bhp and 90bhp respectively. The diesel however will be a 1.3-litre unit which will come in two power options – 75bhp and 90bhp. The power would be transferred to tarmac with a 5-speed manual transmission.

Scheduled to launch in the second half of this year, we expect the facelift Punto to hit the showrooms just before the festive season and is expected to be priced at around INR 5.5-7.5 lakh.