A few days back Hero invited us to their CIT facility to showcase their new offerings. The Xpulse 200 rally edition and the Xtreme 160R might have gotten the whole attention but there was one more motorcycle which caught our eyes. That was the BS6 compliant Xpulse 200. The Xpulse 200 is a product of Hero’s expertise in off roading department and Impulse’s legacy. It proved to be one hell of a beginner motorcycle when it comes to decimating the trails.

Not much has changed in the BS6 version of the Xpulse 200, just some minor tweaks to make it meet the stringent norms. The exhaust routing is different and Hero has put in a bigger catalytic converter to emit less pollution. The most prominent change being the addition of oil cooling. The BS4 Xpulse 200 had to make do with air cooling but now it deploys a small radiator at the front. Apart from these changes, nothing has been changed in the Xpulse 200. 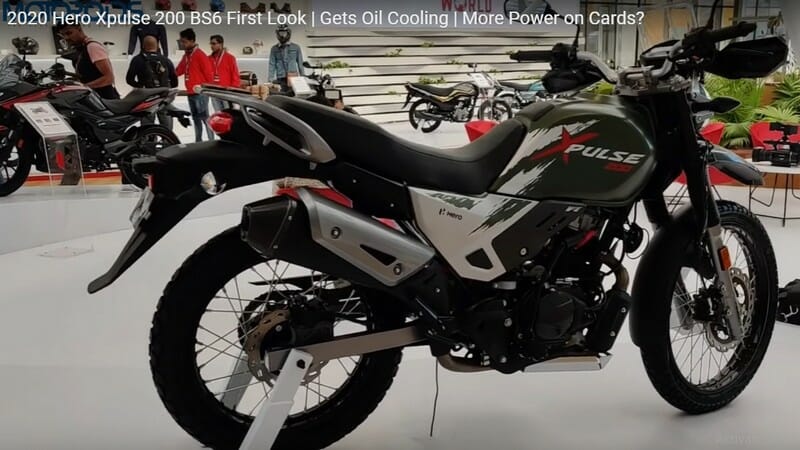 The power figures weren’t revealed then. The current FI version of the Xpulse makes 18.1hp @ 8000 rpm and 17.1 nm of torque @ 6500 rpm. It’s a capable off-roader in the current disguise but as they say, more power won’t hurt anybody and we seriously hope that Hero somehow manages to churn out more power from its mill. The 21-inch front wheel, 190 mm suspension travel and 210 mm ground clearance garners it with some serious off-roading capabilities. Although, more power on tap will make it even more likeable.

The prices of the BS6 Xpulse 200 weren’t revealed either. The current version is priced at 1.06 lakh ex-showroom and we can expect the prices to go up by 4-6k.