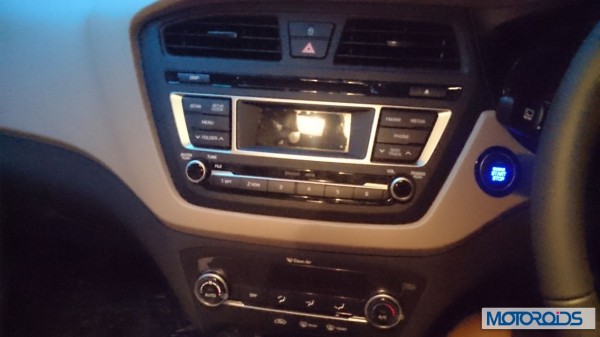 We have already fed you in about the upcoming 2014 Hyundai i20, christened the Elite i20 by the Korean carmaker. The slight alteration in the name also suggests that the new i20, which seems bigger, more feature-laden and differently styled, will sell alongside the current-gen model. There most definitely is space for both the car models to sell concurrently, as exhibited earlier by the i10 / Grand i10 duo. Hyundai, in the meantime have revealed the official sketches of the next generation model of the popular hatchabck, listing out some important design details. India, being one of the most important markets for the big hatch, will witness the global launch of the car on 11th August in New Delhi. 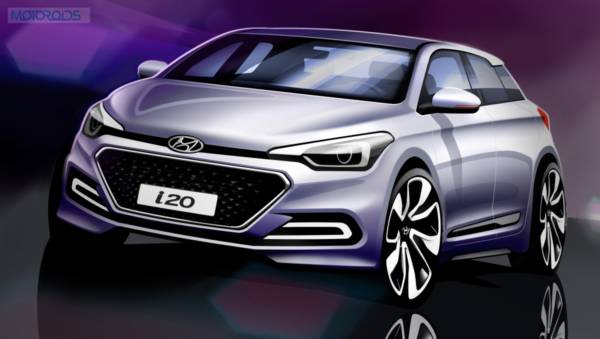 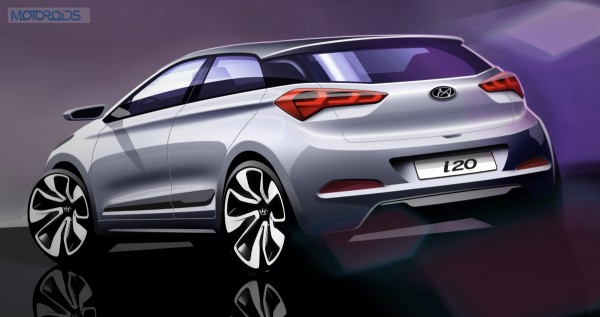 While there is still some time before Hyundai officially reveals the interior, avid Motoroids reader and fan Shiv Mahapatra has shared these exclusive images of the i20’s cabin with us. It’s a double bonanza of sorts, as the pictures represent the cabin both in daylight, and while being lit up in the night. 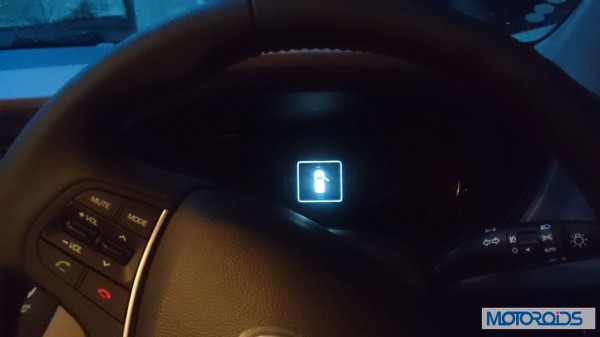 The images you see here are those of the top of the line Asta variant, which had arrived in one of the Cuttack dealerships for a demo. The bookings for the car are being taken for a token amount of Rs 5000, and the fact that Shiv booked the car after having a quick look is indeed testimony to the new model’s plush interior. 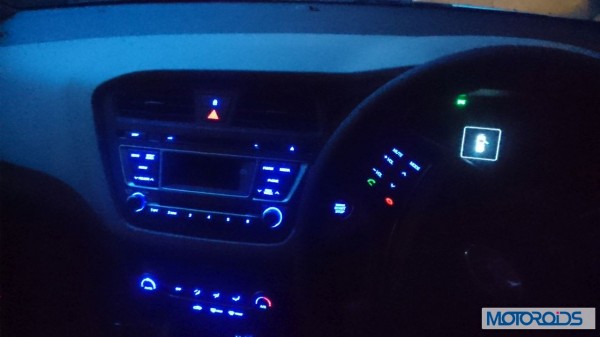 Apparently, the cabin looks much richer and more premium in the flesh than in the pictures. The backlights on the centre console and instrument cluster apparently look fantastic. On the outside, there is a white stripe above the headlamp, which in all probability a DRL – and should look fabulous. Shiv also managed to take an image of the car’s tail-lamp in the dark, revealing its fabulously detailed homogenously lit LED illumination. 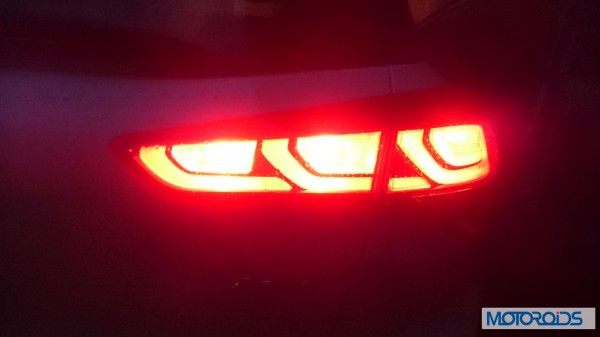 The quality of the materials used in the cabin, as reported, is fabulous. The seats are reportedly very comfortable and spacious. Shiv, being a 5 feet 10 incher didn’t find any difficulty in sitting comfortably on the backseat.

In addition to the information provided by Shiv, a look at these images of the Elite i20 also reveals the following important details about the new car