The Bugatti Veyron arrived with an intention to give Flying low a new meaning. So Hennessey built the Venom GT with one intention; to snatch the “Fastest car in the World” title away from the Bugatti Veyron and slash it’s wings. They weren’t happy with what they achieved and wanted more. So they’ve now unveiled this new car called the Hennessey Venom F5.

It will feature improved aerodynamics and possibly exceed 1,400 BHP. John Hennessey himself confirmed that they will be aiming for a top speed in the 290 MPH range, which translates to 466 kilometres per hour. Apart from the added boost, the VenomF5 will also cut through air with a drag coefficient of less than 0.40. The Venom F5 will also boast of a better than 1:1 power to weight ratio, as it will weigh less than 1300 kilos. In addition to the six-speed manual offered in the current Venom, the F5 will be offered with a single-clutch paddle-shift transmission, as a dual-clutch system wasn’t considered due to weight and durability issues. Only 30 such examples will be made and deliveries will begin sometime in 2016. Will Bugatti’s upcoming new car be better and faster? Will Koenigsegg add more power to the One:1? We’ll find out. 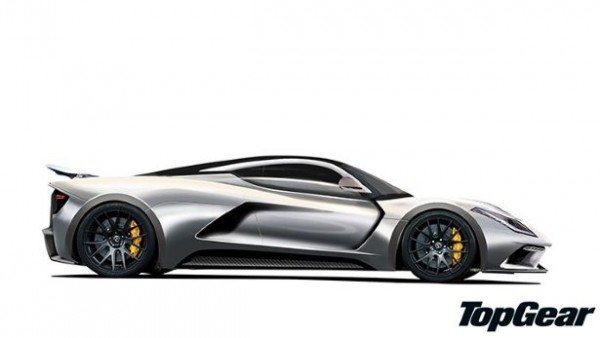