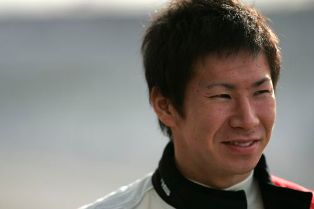 Kamui Kobayashi, the Japanese rookie driver drove the wheels of his BMW Sauber Ferrari at the European GP in Valencia to finish 7th. While many will wonder why am I raving and ranting about his 7th place finish, if you’ve missed the race action, you have missed what I would like to judge as the best drive (yet) of the 2010 season!
Kobayashi came up the ranks as a Toyota rookie and hence got his break into Formula1. His first impressions in the Toyota car were quick, but erratic – often drawing parallels to his country man and fellow F1 racer, Takuma Sato.
However, post-Toyota’s decision to quit Formula1, Kamui Kobayashi got absorbed by the BMW-Sauber Ferrari team (thankfully!). He got a race seat for the 2010 season and while he’s shown consistent pace, it was his performance in the European GP today that can really change his F1 future.
The Japanese rookie got eliminated last minute in yesterday’s qualifying session (Q1) which meant that he started the race from a low 18th place. However, following Mark Webber’s accident that led to a Safety Car period, the BMW-Sauber Ferrari team were the only team that didn’t pit for a tyre change. As a result, they got catapulted to 3rd position on track, behind leader Sebastian Vettel and Lewis Hamilton.
While their pit strategy worked, the BMW racer was much slower than the front runners and was losing close to a second a lap from the leaders. However, Kobayashi drove a gutsy race to hold back a charging and much quicker Jenson Button. All of this on his hard set of tyres, which needed a change atleast once in the race. The question that everyone was wondering was – when will Kobayashi pit? In a lot of ways, his pitting was necessary, as it would not only open the charge at the front, but also allow the bunched up field space to make their ground. At one point of time in the race, 13 seconds separated drivers from 3rd place to 13th place!
However, just when everyone thought that Kobayashi was driving well to hold Button and his charge back, the BMW team decided to call the Japanese F1 driver in for his mandatory tyre change 5 laps from the end. A move that I believe was a smart one and largely possible due to Peter Sauber and his experience in running an F1 team.
While Kobayashi exited the pit in 9th place, he had a fresh set of rubber on him and was right behind the Ferrari of Fernando Alonso and STR of Sebastian Buemi, who were at the end of their tyre cycle. The Japanese driver then pulled off two amazing over-taking maneuvers in the last two laps. His first target was the local hero Fernando Alonso, where Kobayashi used his fresh set of rubber to outbrake and gain position.
The move that had everyone applauding was his last lap – last corner move on Sebastian Buemi. He yet again used the fresh set of tyres to his advantage and outbraked the STR racer. The brave moves saw the Japanese rookie move up two places in two laps and take the chequered flag in 7th place.
The team and driver combination worked perfectly for the BMW Sauber Ferrari team. I am hoping that their performances are noticed by the right people – sponsors for the team and of course a better racing team for Kamui Kobayashi.