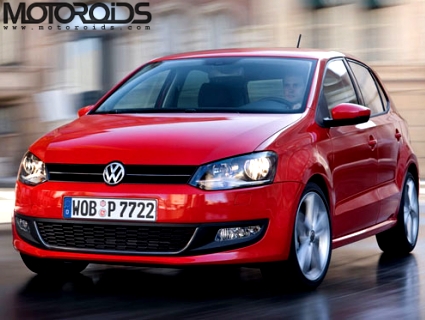 Volkswagen announced a few days back that they have a surprise announcement to make on the 6th of July. So what is it? Well, you guessed it right, 6th of July will commence the bookings of the Polo 1.6!

The Polo, which was officially unveiled at the 2010 Auto Expo in Delhi, went on sale in March this year. The features and poise attracted many to it already, so much that Volkswagen had to bump up its production in such a short period of time to meet the rising demand. The motoring enthusiast crowd however had a reason to complain – the 1.2-litre engine that was conceived to take advantage of the tax cuts, was just not enough for you power-mongers, was it? So what Volkswagen have in store for you now is a new set of variants in the Polo range – the 1.6-litre petrol and the 1.6-litre diesel.

Volkswagen 1.6 TDI CR Engine which will power the Polo 1.6 diesel

As per our sources, both the cars will have its power rating in the range of 90-105PS depending on the state of tune. We however are expecting the 1.6-litre, 90PS, 4-cylinder-inline engines to make it into the engine bay of the Polo 1.6 since we believe the 105PS engines would be reserved for the upcoming VW Vento and Skoda Felicia sedans.
The most surprising (and rather discouraging) news about the Polo 1.6 twins is the price tag. The top of the line variant, the Highline, is expected to touch over 9-lakh Rs. on-road for the diesel version! We hope Volkswagen gives us a pleasant surprise on the 6th of July with a better price tag though. But if the pricing information we have received is true, then it has us wondering, what would the Vento be priced at?

Speaking of which, Volkswagen is also expected to unveil the Vento sedan on the same stage and is expected to announce the pricing, launch and delivery information on the 6th of July. Stay tuned as we bring you more information before, during and after the launch!