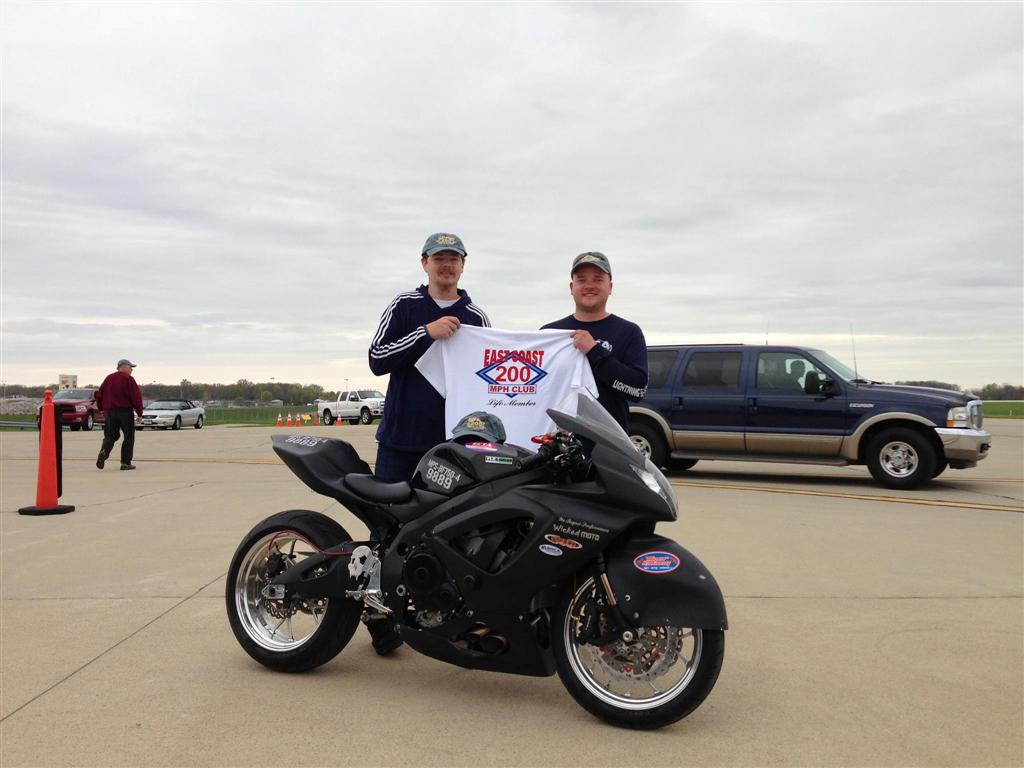 The crew at No Regret Performance (https://www.facebook.com/NoRegretPerformance) are going nuts over their new record set at the East Coast Timing Association motorcycle racing event under the MPS-BF-750-4 class.

Using a 2006 Suzuki GSX-R750 with a stock engine but with a higher compression ratio of 12.5:1, the motorcycle zipped past the finish line at 336.35 kph (209 mph) setting the fastest time for 0-200 mph running on E85 sourced from a local pump (an ethanol fuel mix of 85% denatured ethanol fuel and 15% gasoline). Modifications to the motorcycle include modified throttle bodies, custom built fuel rails and injectors and a Trzebiatowski turbocharger to complement the fuel mix. 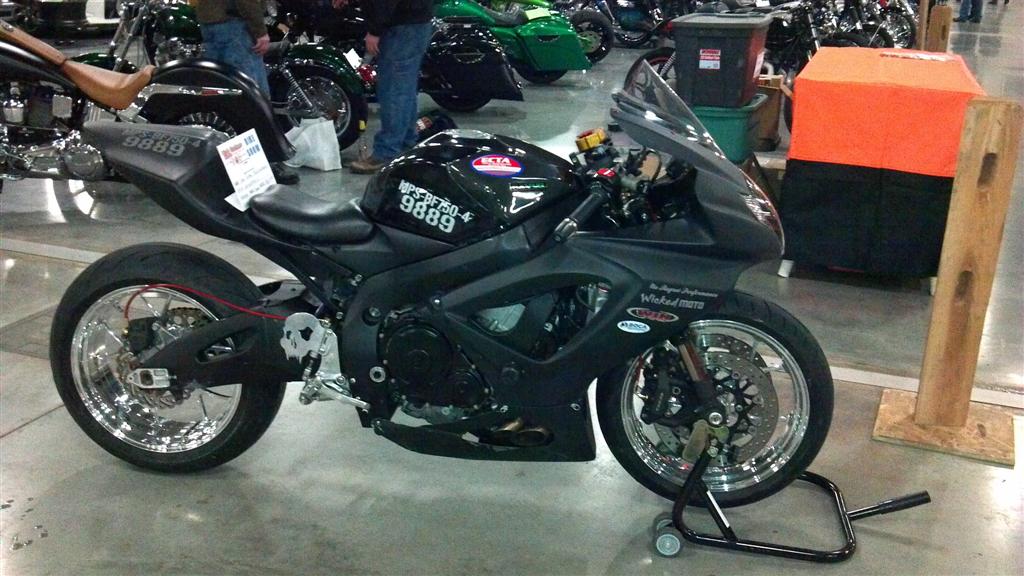 Though the feat might not sound astounding to many considering the modifications that went onto the motorcycle, but the vital element here is the fuel used for the run. Usage of E85 was done on purpose to disperse the negative myths surrounding the use of ethanol. Laughing at the controversy, rider and tuner Jean-Pierre Trzebiatowski says “Everyone thinks it’s a joke till they hear the turbo and see the bike disappear. If you know how to tune you can release power and run a renewable fuel.”

In addition to the performance part Trzebiatowski is talking about, E85 does seem a cheap, viable and cost effective alternative for today’s vehicular fueling needs. Also apart from scoring lower on the tailpipe emissions chart over conventional fossil fuel, E85 with its inherent higher octane rating also improves engine performance with lesser wear and tear. The best part is this form of energy can be obtained from renewable sources with one being corn.

Critics have their own share of allegations stating that ethanol from corn might drive up global food prices. Whereas on the other hand, E85 supporters state that 93% of all corn harvests end up as livestock feed.

Anyways getting back to the No Regret Performance Tuning team, they are aiming to optimize another bike fueled with E85 with a target to set a 0-250 mph (402 kph) record.