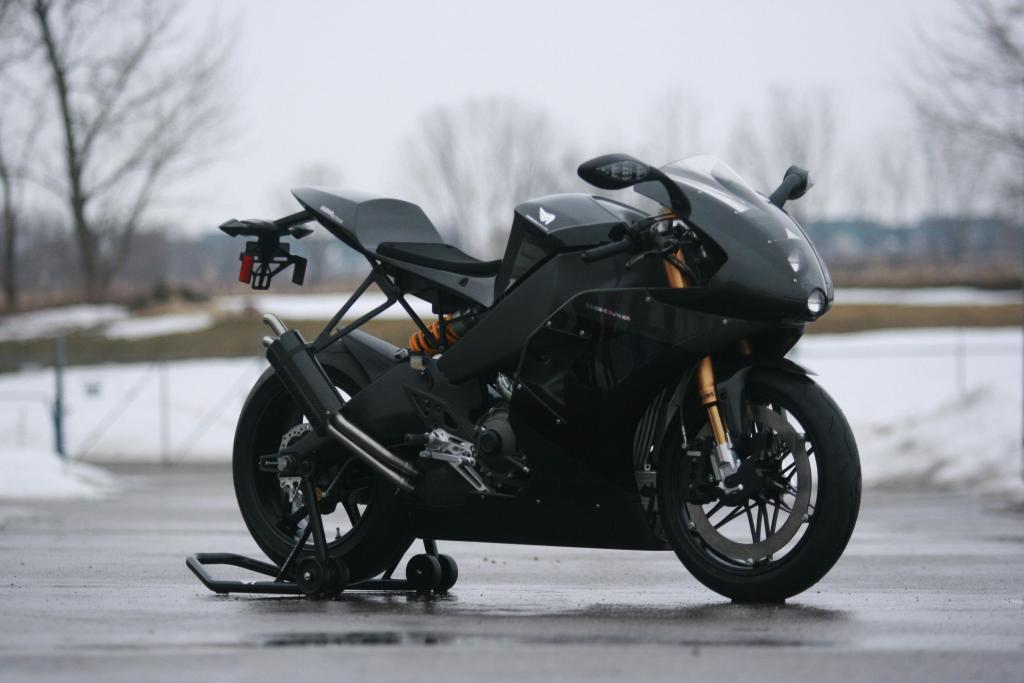 The Erik Buell Racing 1190RS is the latest road going version of the 1190RR superbike racer. Buell, an American motorcycles company, was created by Erik Buell, as his previous employer Harley-Davidson was not providing enough support for the R&D. Harley had a 51 percent share in the brand, which was later increased to 100% in 2003. The man kept developing and building refined motorcycles till October 2009, when Harley-Davidson announced that production of Buell motorcycles will be stopped. In the very next month H-D launched Erik Buell Racing, which would produce race-only versions of the Buell 1125R

There is no specific fuel tank in this bike, as the fuel is held in the frame. The V-Twin engine of the bike displaces 1190cc. Horsepower is not yet been declared, but the race version produces 185 bhp, so the production version will be slightly less powerful.

Öhlins front and rear, an Aim Sports digital dashboard, magnesium wheels and a full carbon fiber fairing give this machine its exclusivity. All those premium bits don’t come for cheap, and the 1190RS wont cost you anything less than the Ducati 1198R (Rs 18 Lakh in the US). There may be a slightly cheaper version employing fiberglass and plastic in place of carbon fiber.