You can hate electric vehicles but you sure cannot ignore them. Electric motors are revolutionizing the way we travel – economical, eco-friendly and now, even crazily fast. The ludicrous Tesla Model S holds the title for being the fastest production car to hit the three-figure mark on the speedo in just 2.28s. And now, rival Lucid Air has beaten even the Ferrari LaFerrari in terms of max speed with its latest prototype crossing 235 mph (379 kph).

To be very fair, this is not a normal production spec Lucid Air. It is a stripped down, enhanced and electronically de-restricted prototype called the Air Alpha. Everything inside the car has been thrown out and replaced with a full roll cage. Aerodynamic aids were added along with a parachute to bring the car to a halt in case of emergencies.

When it was last tested on the oval at the Transportation Research Centre in Ohio in April, the car managed to hit its speed limiter of 350kmph after just a quarter of the main straight. This gave the engineers the confidence to push beyond this limit.

They also realised that the adaptive air suspension system was not being able to keep up with the pace of the car and they had to tweak the software to improve its performance. The front motors received minor adjustments for improved coolant flow and ventilation. Addition of aerodynamic wheels was another change that the team incorporated before hitting the Oval again. 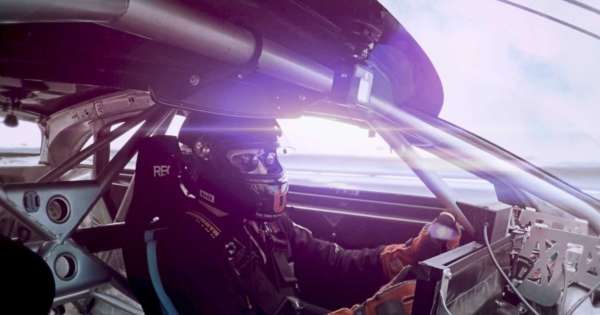 On the day of the test, all these changes bore fruit as the car hit a GPS confirmed 235.44mph top speed. Test drivers reported that the car – especially the new suspension – performed beautifully and the car hugged the test surface.

While the final production car is still under development, Lucid is targeting a massive 1000 BHP output with an equally impressive 315 miles (506 km) range for the range-topping version. Prices are expected to start at USD 60,000 for the entry level Air and heading northwards of USD 100,000 for the highest trim. It will also feature autonomous driving hardware. 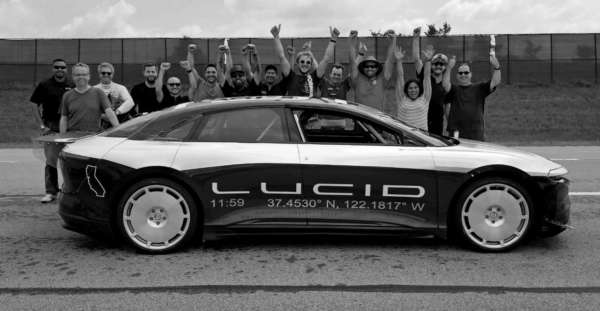 To get to the production stage, Lucid has to cross another hurdle en-route though – money. The startup is presently looking for more investment to build its factory in Arizona, USA. The first phase is likely to start production from 2019, producing 10,000 cars every year. If everything goes according to plan, this number will be ramped up to 130,000 cars by 2022.