Royal Enfield’s motorcycles are immensely popular for their styling which finds inspiration from war-era machines. What’s also just as vintage in its appearance and even more popular in India is the Atlas Goldline bicycle. Hyderabad-based Eimor customs took inspiration from the latter, applied it to the former, and built the Graphite – A custom build which adds more vintage to the charm of an RE. Built for a family from Vizag, the Graphite is a timeless build which commands all your admiration. 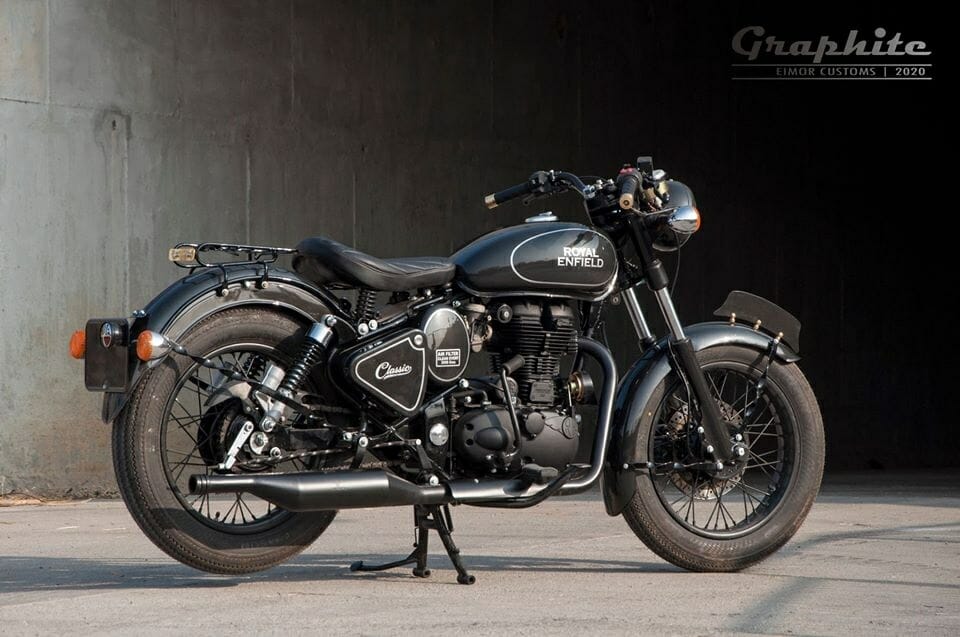 For the build, the motorcycle which formed the base was an old RE which had rolled on for many miles over the years and had attracted a bit of rust for hanging out in a coastal region. Eimor Customs gave it a new lease of life by dripping its metal in a shade of dark slate and then glossing it over for that special shine. The key highlight of the build is that Atlas Goldline-inspired rear carrier and those twisted beams on the sides which support the fenders. The twisted treatment has also been extended to the brake rod which connects the rear drum to the foot pedal. 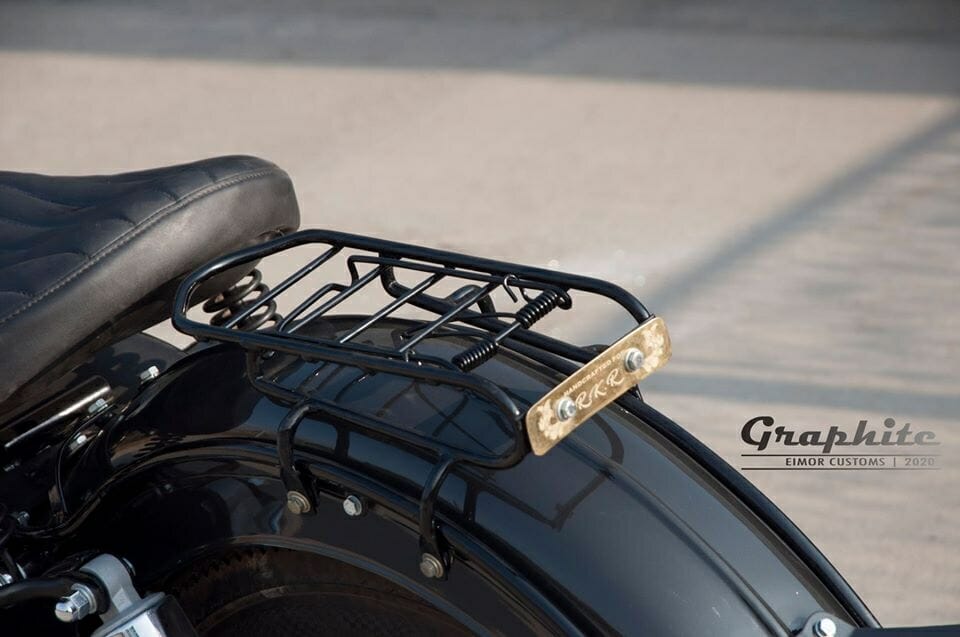 Other interesting details include a blacked-out exhaust pipe with an expanded chamber which narrows into a tapered opening, a rear fender which hugs the flat track rubber in the neatest possible manner, vintage lettering, an offset speedometer and a cowl-mounted ammeter, dropped bars and a front fender which allows the licence plate to be bolted longitudinally. The single saddle stays on springs and looks just as aged, although modern bits like a front disc brake, telescopic forks and gas-charged rear springs ensure that essential modernity stays. We don’t think the engine must’ve been tweaked, except for the custom pipe that it uses. But overall, we like what we see and it’s a job really well done.