Ducati has always been associated with the colour red and that is simply justified because red represents passion, the one emotion Ducati has built its legacy upon. But no one would disagree to the fact that Ducatis look great in other colour schemes as well. Ducati recently introduced a new White Rosso livery to the Panigale V2 and now, they have gone ahead to paint the Multistrada 950 S in what they call as new GP White livery. We can’t help but imagine how this purpose-built ADV-tourer would look in white livery after playing it dirty on the trails.

This move will supposedly attract new buyers. The new livery is supposedly inspired by the Ducati MotoGP graphics. It has a colour scheme that beautifully balances the white and grey combination. Ducati hasn’t completely parted ways with their signature red colour as there are some attractive red detailing on the frame and the half fairing. Ducati mentioned in an official announcement that the new paint scheme will add sportiness to the Multistrada 950 S. 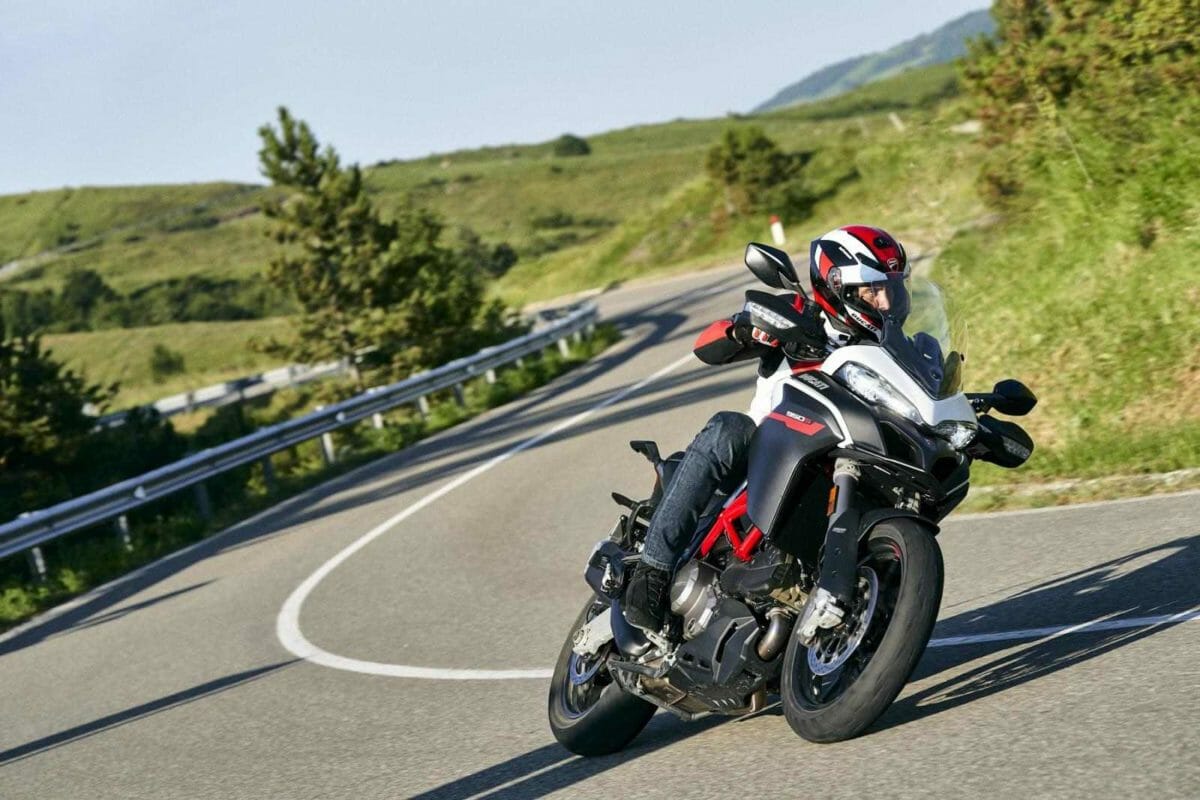 Apart from the new livery, it remains the same mechanically. It continues to draw power from a 937cc Testastretta engine which is capable of producing 113 hp and complies with the Euro 5 emission standards. The motorcycle is also equipped with electronic suspension with Ducati Skyhook Suspension Evo (DSS) system, Ducati Quick Shift up & down (DQS), and full-LED headlamp with Ducati Cornering Lights (DCL). Some of the other features include a 5-inch TFT instrument cluster, cruise control, hands-free system, 19-inch front wheel, 840 mm seat height, and Bosch cornering ABS. 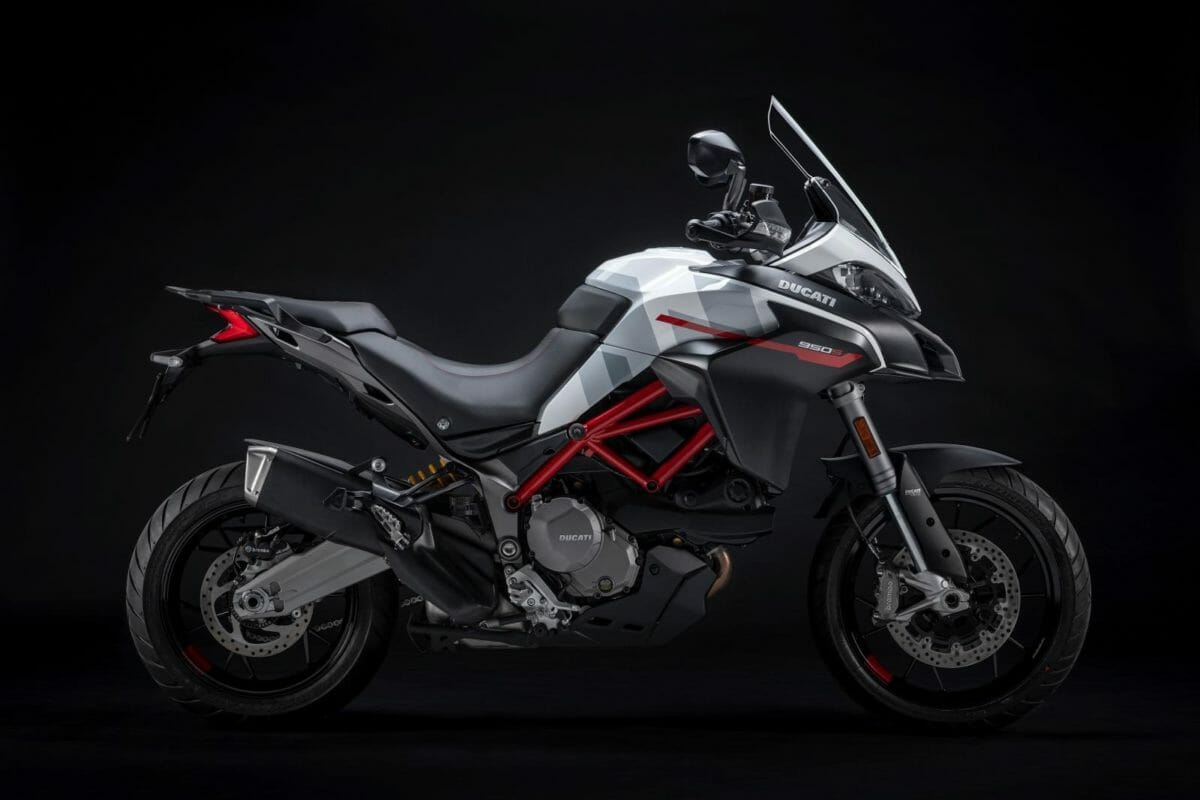 It is expected that the 2021 Multistrada 950 S will reach the dealerships in International markets from this month. If you are wondering, the livery will be made available on both the variants, the spoke wheels and alloy wheels variants. Just like with the other bikes in the Multistrada family, Ducati will provide the exclusive “4Ever Multistrada” warranty that remains valid for 4 years with unlimited mileage with the new Multistrada 950 S as well. 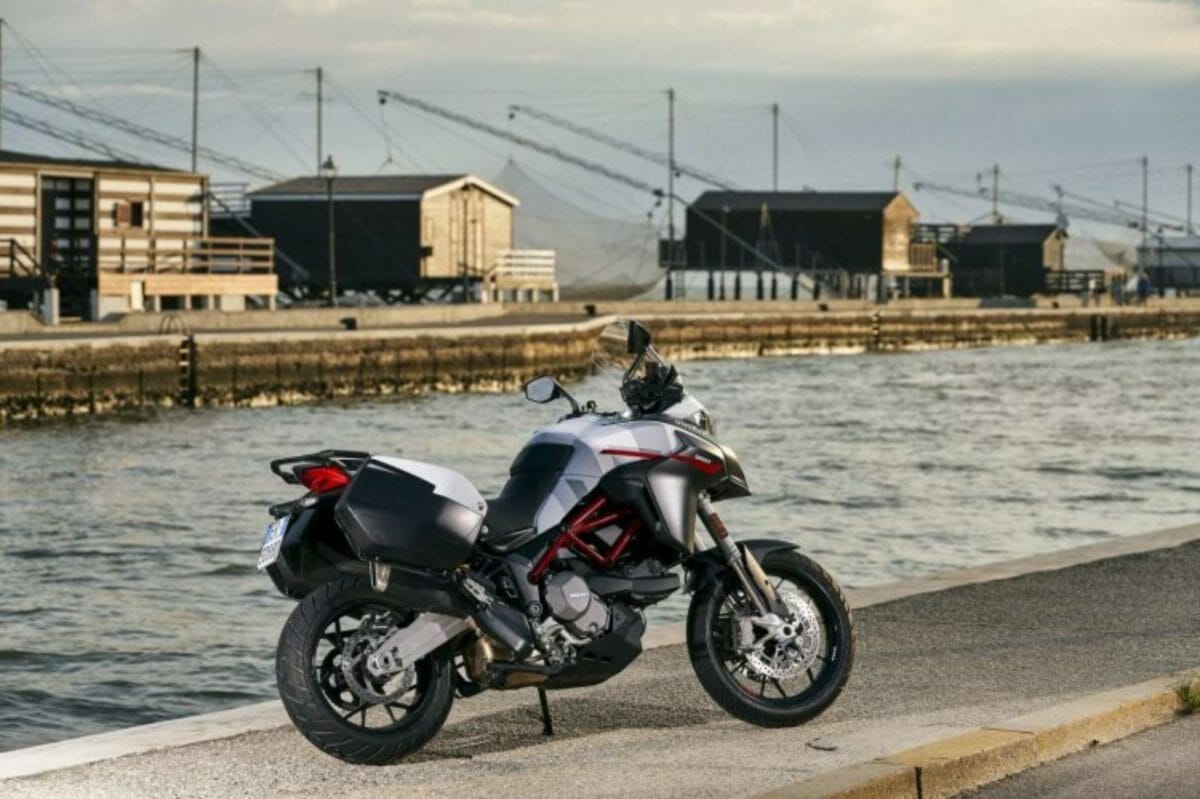 In other news, Ducati India is all set to unleash the red devil onto the Indian streets in August this year. The Italian bikemaker is scheduled to launch the Panigale V2 in India next month. Sources suggest that select dealerships in the country have already started accepting bookings for the same, for a token amount of close to Rs 1 lakh. The upcoming supersport bike offering from the Italian motorcycle major replaces the 959 Panigale from the company’s portfolio as the brand’s entry-level supersport motorcycle which is currently priced at Rs 15.30 lakh(ex-showroom, India).

As the name suggests, the motorcycle gets a new Euro 5 (equivalent to BS6 emission norms in India) compliant V-twin engine with more displacement than the 959 Panigale. The motorcycle also undergoes changes to give it a refreshed look. In terms of styling, it is pretty evident that it draws heavy inspiration from its bigger sibling, the Panigale V4. The front fairing, single-sided swingarm are all inspired by the bigger Panigale. As for the powertrain is concerned, the Ducati Panigale V2 draws its power from a 955 cc Super-quaddro L-twin engine which makes 155 bhp at 10,750 rpm and has a peak torque output of 104 Nm at 9,000 rpm.