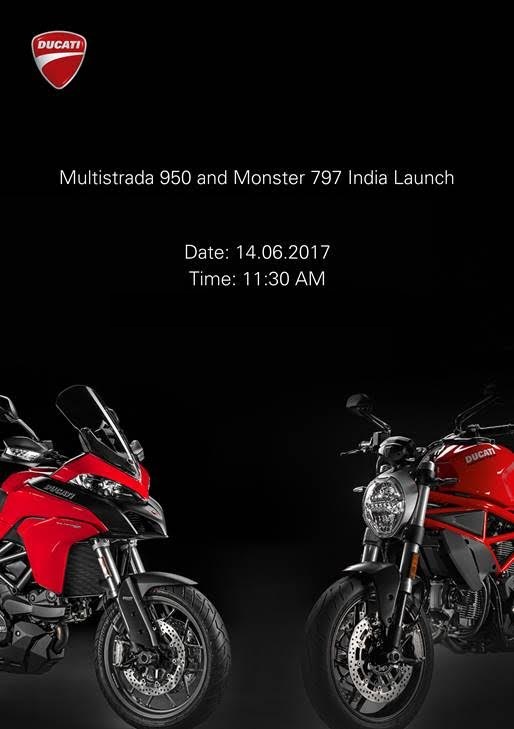 Ducati India has announced the launch date of the new Multistrada 950 and the Monster 797. The motorcycles will arrive in India on June 14, 2017.

The Multistrada 950 is powered by Ducati’s existing 937 cc liquid cooling Testastretta 11° twin-cylinder engine which is now EURO IV emission compliant. The 94 x 67.5 mm bore and stroke produce 113 hp of power at 9,000 rpm and a 96.2 Nm of torque at 7,750 rpm. The Multistrada 950 has four Riding Modes (Sport, Touring, Urban and Enduro), each programmed to act on the electronic Ride-by-Wire (RbW) engine control system and the ABS and DTC levels. 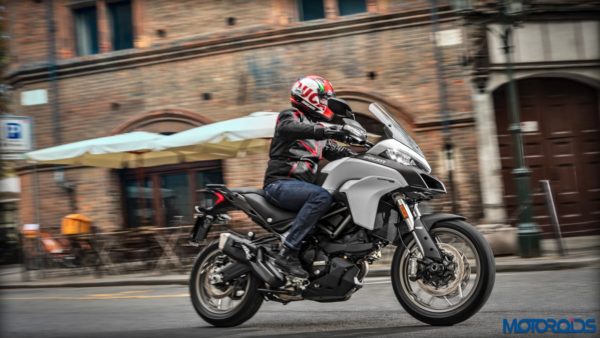 The new Monster 797 made its debut along with the Multistrada 950 at the 2016 EICMA show. The Monster 797 is built around a traditional Tubular steel Trellis frame with cast aluminium twin-sided swingarm which proudly reveals its 803cc air-cooled Desmodue twin cylinder Euro 4 compliant engine. It is the new entry-level motorcycle in the Monster family.

The 803 cc air-cooled Desmodue engine delivers a maximum power of 75 hp at 8,250 rpm and 69 Nm of peak torque at 5,750 rpm. The motor also complies with the new EURO 4 emission norms. The motorcycle features LCD instrumentation, LED side lights and tail light plus new switchgears. 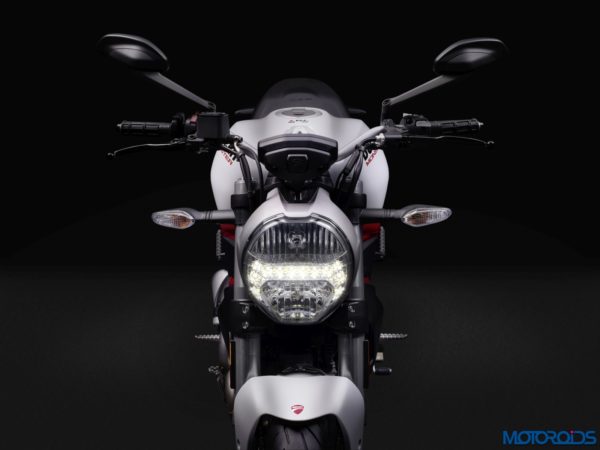 As aforementioned, the motorcycles will ride into the Indian market on June 14, 2017. We’d be covering the LIVE event to bring you all the latest updates, images and prices of the upcoming Multistrada 950 and the Monster 797. So don’t forget to tune into Motoroids.com.