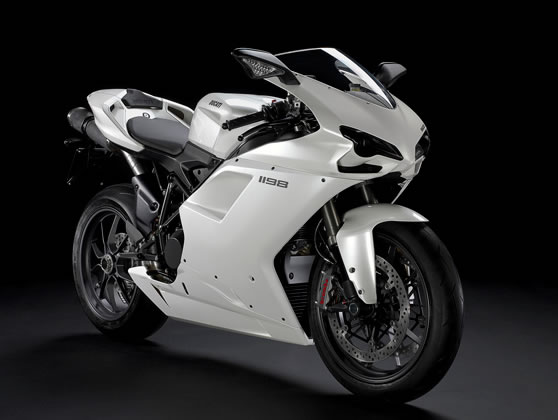 Ducati boss Gabriele del Torchio has confirmed that the Italian company’s new 1198-replacement superbike will be ready in 2012. Ducati top boss let out the information in an interview with one of the journalists from Italian magazine Cycle World. Torchio also reportedly talked about Rossi shifting to Ducati in the interview, a report which was later dismissed by official Ducati releases.
Not many details on the bike have emerged yet, but expect the new superbike to be more powerful and nimbler than the current Ducati flagship. The new top of the line SBK from the Italian stable will have a carbon fiber frame and a brand new engine.
The bike will also give away its traditional trellis frame for a spanking new MotoGP style frameless structure. The engine on the new bike will be mounted as a stressed member within a carbon frame.
The new engine will be a short-stroke mill and is designed keeping in mind the mounting points on the new frame. The A new engine ultra-short-stroke engine designed with the required mounting points for the new-style chassis is well down the development path. We have some pictures from Ducati.ms of the patent drawings of the new frame and the engine. Flip over to the next page to have a look.