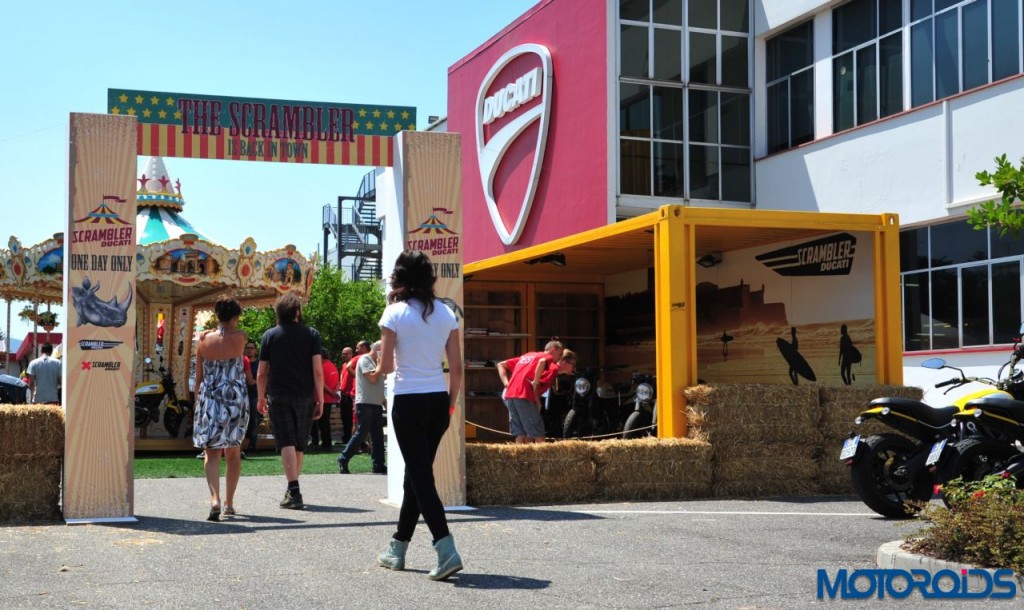 A year after it was unveiled in a world exclusive for the staff, the new Ducati Scrambler brand decided to celebrate the first year of the new bike together with everyone who works at the Bologna base. The mood is even more festive thanks to the record-breaking figures recorded: 9,000 Ducati Scramblers were sold throughout the world during the first six months of 2015. 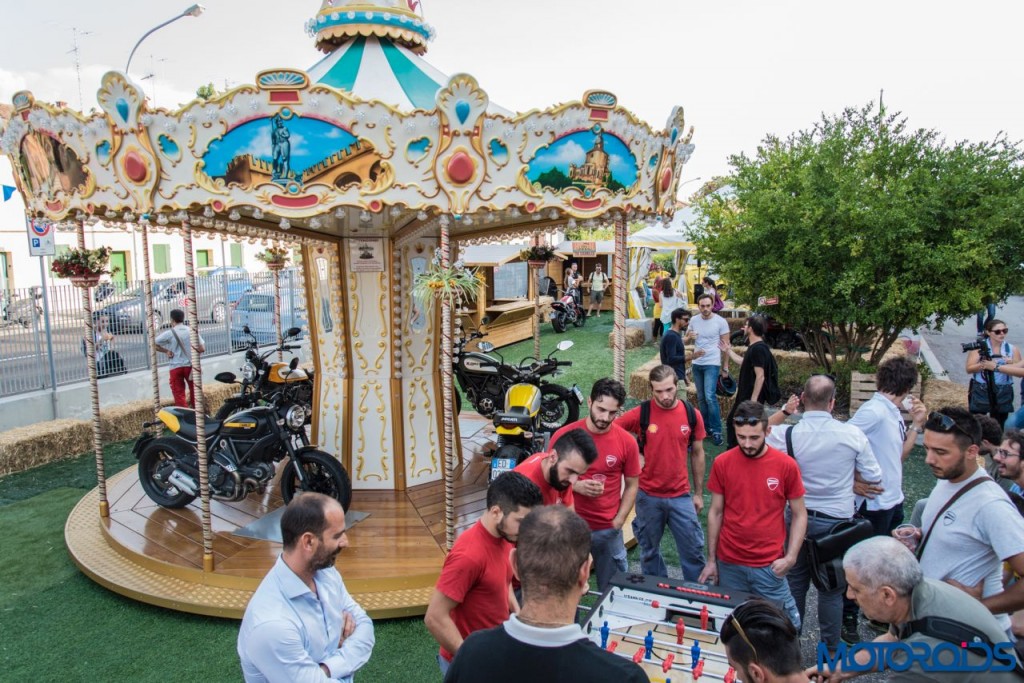 The Ducati Scrambler’s first birthday party took place on 24 July within the Bologna plant, right in front of the main entrance where staff were welcomed by the distinctive yellow container standing on a large green lawn that was fenced off by 80 bales of straw and featured all the signs of a real circus atmosphere.

The guests of honour at the party, in addition to the Icon, Classic, Full Throttle and Urban Enduro versions, were the eight most representative Ducati Scrambler specials. 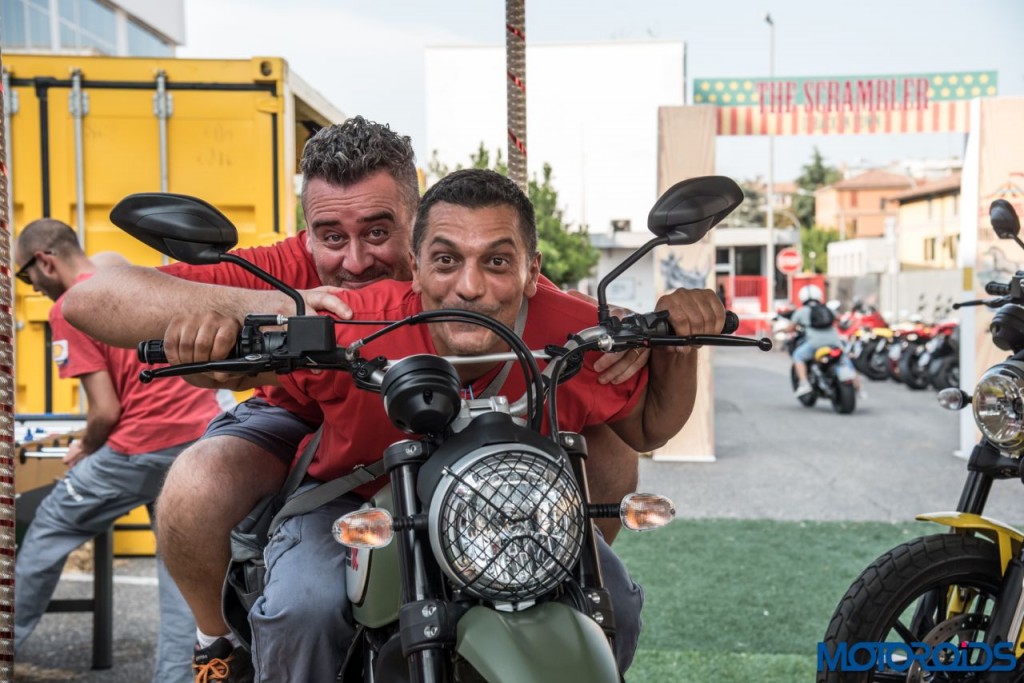 Designed by Radikal Chopper, Martini, Deus, Officine Mermaid, Holographic Hammer, Fred Krugger and Vibrazioni Art Design, they were there to welcome the staff who enjoyed challenging each other at the punchball, playing darts or simply taking in the exhilarating atmosphere of the Land of Joy. There was also the opportunity for some tasty street food thanks to the presence of the stylish “Furgoncino” street food van from Pesaro.