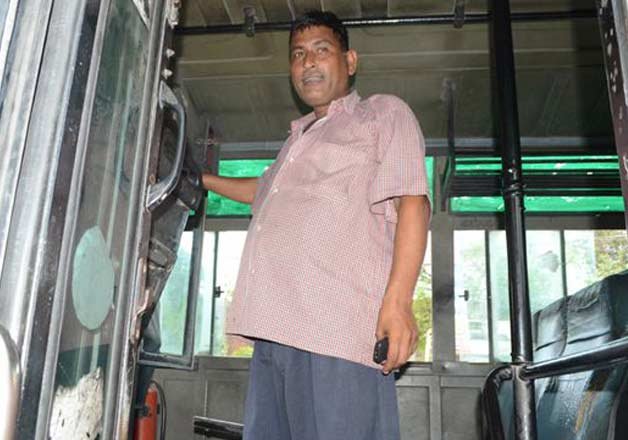 The man in the image above is responsible for saving 75 lives!

An horrific terrorist attack that took place on Monday, July 27, claimed the lives of six people, including a senior police officer, two home guards and three civilians. The 11-hours gunfight between the Indian armed forces and terrorists took place in Gurdaspur district, Punjab

The number of deaths, however, could have been much higher if it wasn’t for the quick and alert thinking of a bus driver. Nanan Chand, the brave and alert bus driver did not panic when the terrorists fired at the bus. Chand drove towards the terrorists to scare them. As soon as the four terrorists moved back, Nanak swerved the bus and drove away, saving the lives of as many as 75 people on board.

After driving away from the terrorists, Chand turned the bus to a government hospital in order to get the passengers who got injured during the firing, treated. Four out of the 75 passengers on board were injured in the attack.

Speaking about his effort, Nanak Chand said, “There were 75 passengers in the bus. I thought that it was important to save their lives. I did not stop the bus.”

Appreciating the bus driver’s courageous effort, Punjab Roadways general manager said, “The driver’s alertness saved several lives. Otherwise, the passengers could have been an easy target for the terrorists.”