In a case of irrefutable road rage, a 29-year-old biker was brutally attacked by three drunken individuals. The incident took place on the night of Tuesday, July 14, 2015 in the suburbs of Malad, near Orlem Church. Irwin Cardozo, the biker involved in the vicious attack was on his way back home from a fitness centre. 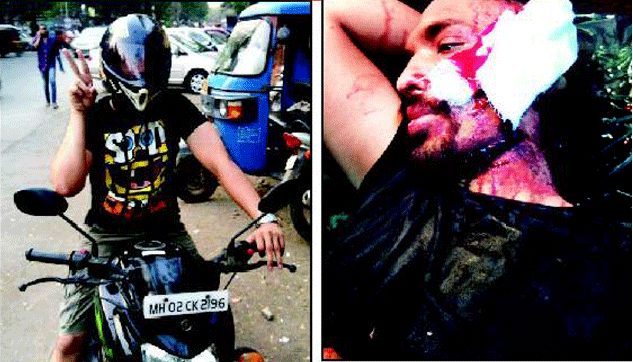 Two of the assailants have been identified as Mihika Wadhone and Siddharth Yadav, both aged 21. The third accused reportedly fled the scene. The unfortunate debacle started when the trio, who were travelling in a white car came to an abrupt stop. It is believed that a sloshed Yadav was the one behind the wheel at the time. As the car braked suddenly, Cardozo too had to bring his motorcycle to an abrupt halt. This apparently angered the drunken folks inside the car and as a result, started verbally abusing the biker.

Cardozo drew nearer to the vehicle to ask the trio the reason for all their verbal thrashing. This, apparently, didn’t go down too well with the inebriated individuals who took this in the wrong ‘spirit’. Yadav stepped out of the car and without much provocation, punched Cardozo in the chest. At this point, the biker tried to “retaliate”, which made the drunken college student Wadhone to step out of the car too. She attacked the biker with a sharp object (reportedly a paper-cutter) and slashed the biker’s face. Realising the gravity of his predicament, Cardozo quickly called one of his friends to the scene; the latter also informed the police and the rider’s mother about the situation. 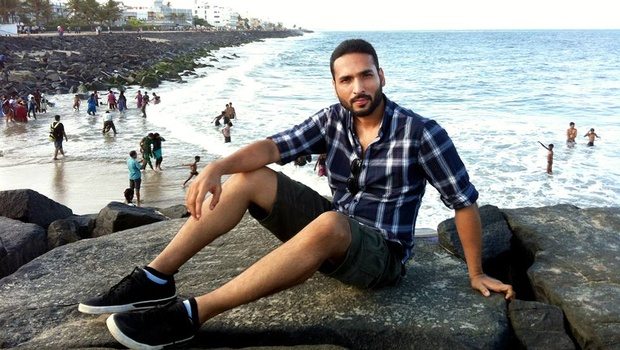 A friend of Cardozo mentioned that the drunken trio couldn’t even stand when the police showed up. As for the bleeding biker, his mate says that he was close to losing consciousness due to his injuries. A report on DNA says that Cardozo and the inebriated trio were then taken to the Malad police station. Rohan Roy, Cardozo’s brother-in-law also reached the police station. Roy said, “We gathered at the police station and insisted to register and FIR, but the on-duty cop just took down the details of the culprits and allowed them to go. We were told that we should first go to the hospital and get a medical certificate for them to register an FIR.” A FIR was only filed on Wednesday, almost an entire day post the attack. 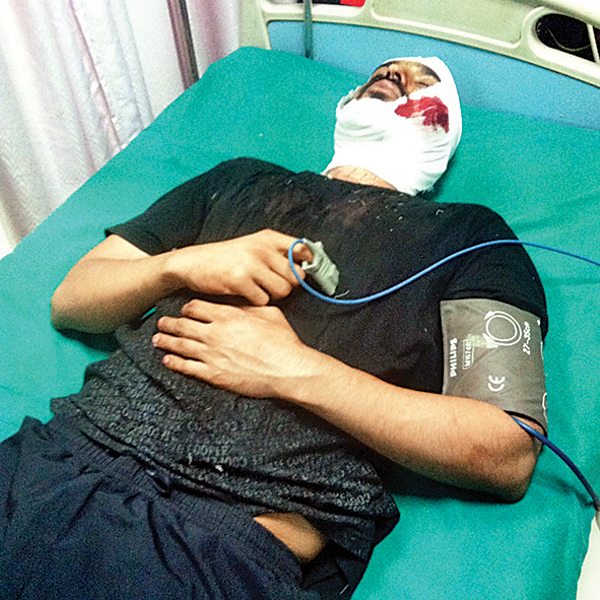 According to Roy, the police reached Shatabdi Hospital to record Cardozo’s statements, but still failed to file a FIR. Roy says, “No medical test was also done on them. They were drunk but now nothing can be proved as it’s been more than 18 hours since the incident.” Additional Commissioner of Police (north region) Fateh Singh Patil said, “It’s (a) serious case and I will check why the case was not registered on Tuesday night.” Wadhone and Yadav have been arrested and charged under sections 326 (voluntarily causing grievous hurt by dangerous weapons or means) 504 (intentional insult with intent to provoke breach of the peace) and 34 (common intention) of the Indian Penal Code.

Reports on road rage and drunken driving, and the consequences of these two have become an avoidable, yet common occurrence these days. In India, we do have systems in place to take care of every such issues However, there are many out there, who continue to break the very laws that were created for the safekeeping and security of all road users. Let us know what you think about this incident. Feel free to write your opinions/thoughts on the matter in the comments section below.

– with inputs from TOI and DNA