The Royal Enfield 650 duo is yet to reach several markets, including India. The motorcycles, which were unveiled at the 2017 EICMA motorcycle show, are expected to reach the Indian shores in the coming months. While we wait for that, render experts, Motosketches, have revealed two digitally imagined versions of the new Royal Enfield 650s in a Scrambler avatar. We’d like to add that these digitally imagined motorcycles are not official renders and Royal Enfield is currently not working on any scrambler style model. 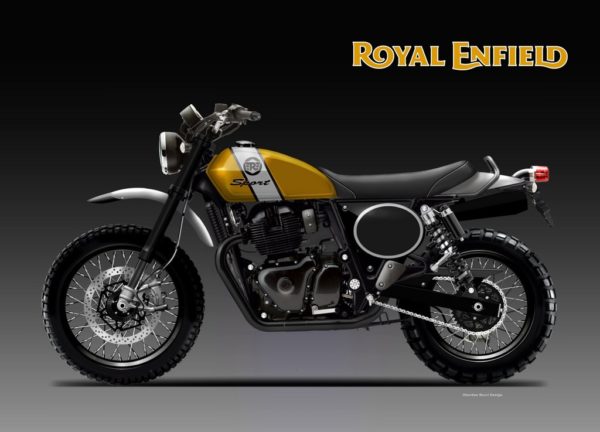 The digital renders imagine the motorcycle with a complete makeover, and premium hardware. The first render, with the dual-paint, yellow-white fuel tank, has been christened as Royal Enfield Twin Scrambler Sport. It features a tall set front fender, upside down telescopic forks and a larger front wheel. The side panel seems to be inspired by flat-track motorcycles although it has been kept blank in the render. On the other side is a scrambler style, high-mounted exhaust. At the rear is a tall-set tail light. 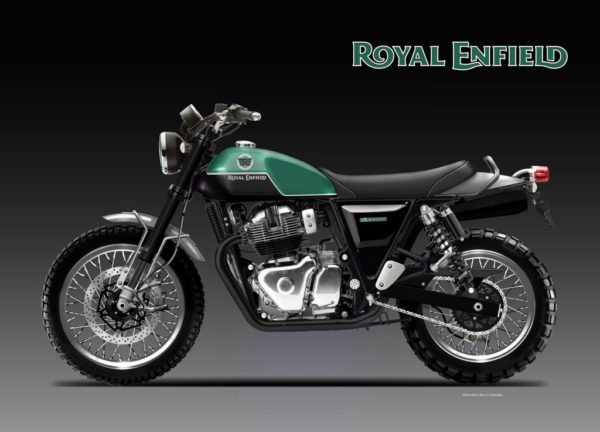 The second render, christened as Royal Enfield Twin Scrambler Classic, gets retro styling. A short fender covers the front wheel, but unlike the the aforementioned Sport model, isn’t tall set. Apart from that, the Classic continues to feature a upside-down telescopic front fork and a larger front wheel. The Classic is also imagined with a dual tone paint job although the pattern is different than the Sport. The side panel isn’t as stylish as the Sport and instead of being blank, it gets the ‘Classic’ badge. The Classic also gets a tall-set exhaust.

Both motorcycles use spherical headlight with a chrome mask, wire-spoke rims wrapped in knobby set of tyres. The engine and the rims on the Sport variant is imagined in black colour while the Classic gets a chrome finish.

Check out more images of the standard Royal Enfield 650 duo: